Market research and communications advisory firm BM Nxt has released the results of its recently conducted Better World WhatsApp Privacy Policy Survey. The online survey was carried out to gauge the mood and response of WhatsApp users in the wake of the WhatsApp’s intent to change its privacy policy and open select user data with parent company Facebook, other group companies such as Instagram, as well as third-party service providers. The survey was conducted among 565 respondents between 9
January and 25 January 2021.

The survey results show that an overwhelming 82% of the respondents have disapproved of WhatsApp’s move. While 37% users said they considered the move a serious breach of their privacy, another 45%
said they didn’t find it (change of privacy policy) good, albeit they could live with it. Only 18% said the change
didn’t bother them. Moreover, 18% of the overall respondents said they had already started using an alternative or additional platform or were considering to do so soon. While 25% said they would do so within a week’s time, another 29% said they would be making the switch in a month’s time. Nevertheless, 28% users said they had no plans to do so.

Deepak Kumar, Founder Analyst, Better World–BM Nxt, notes, “The row emanating from the planned privacy-policy change has created a greater awareness around non-WhatsApp messaging platforms and even contributed toward expanding their user base. A lot more people now know of Telegram and Signal as viable alternatives to WhatsApp, with more users considering switching over to these options. More Business WhatsApp users are also likely to explore and embrace non-WhatsApp platform, if a certain threshold of their customers switch to these platforms.”

However, Kumar adds, “Despite the displeasure expressed by the users, there is likely to be a mismatch between what they are saying and what they will eventually do. While user responses to the survey are genuine expressions of their dislike for the privacy-policy change, the actual act of switching to another messaging app will be based on more practical considerations. If a good number of one’s friends, families, and peers also don’t make a switch to another common platform, users are likely to reconsider and stay on.”
Significantly, 22% of the survey respondents were Business WhatsApp users, with a majority of them having individual WhatsApp accounts as well. While these users were mostly unlikely to discontinue with their WhatsApp accounts, a majority of them said they were signing up for alternatives like Signal and Telegram.
The respondents have also emphasized the need for government’s intervention in some way. As many as 43% stated that there needs to be a more holistic regulation in place while another 24% of the respondents said the government should ask WhatsApp to roll back the changes.

However, 33% of the users said that it would be better to let users be the best judge. The survey showed that there was a high degree of awareness among users with regard to the development, with 80% users stating they were aware that WhatsApp was changing its privacy policy, and would be sharing a range of user data with Facebook and Instagram platforms in the near future. The remaining 20% users said they were not aware of such changes. Further, 47% of users said they understood the implications of WhatsApp’s new privacy policy for users reasonably well and another 18% said they understood that fully well. By contrast only 29% said they didn’t understand it well enough while another 6% said they didn’t understand it
at all.

“Signal, which is considered to be the most privacy-oriented messaging app, was the second choice of those survey respondents who said they will look for WhatsApp alternatives. In this case, respondents had the option of selecting one or more apps, including WhatsApp.
Telegram, which is considered second-most privacy-friendly app, emerged the app with the highest user preference,” Jatinder Singh, Director, Research and Insights at Better World–BM Nxt, says.
“The choice of Telegram as the foremost alternative to WhatsApp may also be driven by the fact that it has a more sizable user base than Signal,” Singh added. While 34% of the users voted for Telegram as a WhatsApp alternative (and in some cases, as a replacement), a good 24% voted for Telegram also.

Gartner Forecasts India IT Spending to Grow 8% in 2021

82% of Laptop Problems are Hardware-Related, only 18% are Software-Related 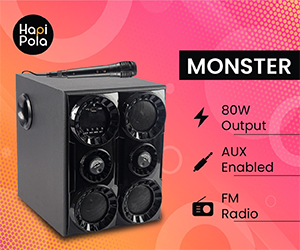 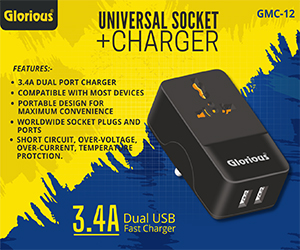