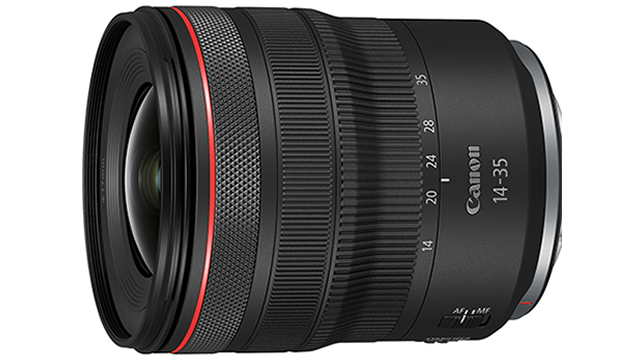 Canon announced the launch of the L308 ultra-wide angle zoom lens, which completes the f/4L trinity of RF lenses, together with the RF 24-105mm f/4L IS USM and RF 70-200mm f/4L IS USM lenses. With its 14-35mm focal range and 0.38x magnification at 35mm, Canon’s latest lens for its full-frame mirrorless camera systems is equally adept at capturing stunning ultra-wide-angle landscape and architectural shots – providing photography enthusiasts with a versatile, professional-grade mount zoom lens at an accessible price point.

Expanding the Ultra-wide Range to 14mm with x0.38 magnification Regardless of whether you are looking to shoot indoor or outdoor landscape and architecture, the L308 can capture more of the surroundings in a limited space or further emphasize the perspective of a scene as it is 2mm wider than its EF counterpart, EF16-35mm f/4L IS USM.

Due to its short back focus design, the L308 can shoot with a minimum focusing distance of approximately 0.2m and a maximum magnification of approximately 0.38x at 35mm.The rear focusing system suppresses focus breathing and the low weight of the focus lens group increases AF speed for comfortable close up shooting.

This also allows for sharper images such as when shooting in dark places where a tripod is unavailable or unsuitable, such as in tight and crowded spaces. The L308’s Nano USM focus drive system also delivers high-speed, high-precision still image AF and smooth movie AF.

Higher image quality in a Compact and Light Package
Despite being 2mm wider than its EF counterpart, Canon’s latest RF lens is approximately 12% shorter and lighter than the EF 16-35mm f/4L IS USM lens. The L308 boasts a wider angle than previous models, which is achieved through effective arrangement of three aspherical lenses, which includes one ultra-low dispersion (UD) lens and three UD lenses (including the UD spherical lens), while maintaining the high image
quality that has become the mark of Canon’s camera lenses.

Instead of common vapour-deposit coatings, the L308 features the use of Subwavelength Structure Coating (SWC) and Air Sphere Coating (ASC) for its anti-reflective properties, reducing flare issues such as ghosting when shooting in brightly lit environments.

With its dust and drip resistant design, the L308 is able to withstand most outdoor conditions, giving users peace of mind. Sealing is applied to lens joining sections and switch panels to prevent water and dust from entering.

For ease of maintenance, the surface of the lens’ front element has a fluorine coating, which repels oil and water – oil that adheres to the lens can simply be wiped off with a dry cloth, without the use of a solvent.