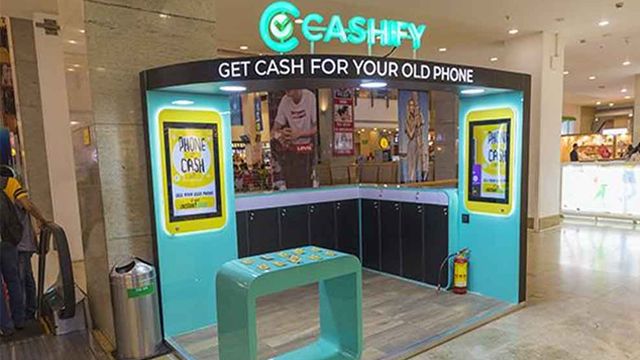 Cashify, India’s most used App for selling old gadgets primarily smartphones, has elevated Siddhant Dhingra as a Co-founder & Chief Business Officer- Global Markets, Akash Chauhan as the Chief Operating Officer (COO) and Shubh Darpan is now the Chief revenue officer (CRO). The following move comes in view of further strengthening its leadership team to scale up the business and pave the way for the next phase of growth.

True to its philosophy of democratizing technology, Cashify has witnessed tremendous growth in the past few years. The net sales have been growing at a robust pace. From generating just Rs 1.55 crore in FY16, the company clocked Rs 344.4 crore in FY20 and is expected to surge to Rs 650 crore in this fiscal. To bolster this success, the company has multiple plans including expansion from online to offline, Cashify has goals in place. Today, apart from serving more than 30 million users online through its App, Cashify has over 90 brick and mortar stores present across the country including 8 franchise stores in India. The target is to open another 100 to 150 stores  in the next 12 months. The company plans to offer omnicategory services to users. So far, people can avail mobile phones, smartwatches, laptops, tablets, etc. related services and products. What lies in the pipeline is Cashify’s target to include maximum categories in the upcoming days and fortify their presence in the retail world to cater to the rising digital requirements of customers.  As Cashify’s services grow and expand, the company will greatly benefit from the experiences of its core leadership in the space.

“In the last one year, we have witnessed multi-fold growth in terms of expansion, marketing and verticals. The appointments come at a critical time as we continue a rapid growth pace and seize opportunities to expand the refurbished business. Thus, we are delighted to announce the promotions of these talented, diligent and dedicated team members. Each one of them has played a significant role in the company’s growth and expansion, and we are pleased to recognize their accomplishments through these well-deserved promotions. said Mandeep Manocha, Cashify’s co-founder and CEO.

Nakul Kumar is Cashify’s Co-Founder and has been in-charge of operational, managerial and administrative procedures, reporting structures and operation controls to the company as its COO since 2013. Now Nakul will be taking charge of the entire marketing portfolio as the CMO of Cashify. In his new role, he will oversee the entire gamut of Digital, Product, PR/Comms, and Brand marketing.

Siddhant Dhingra who joined Cashify seven years ago as the Head of Marketing and Alliances and is one of the first few key members who helped build Cashify. During his tenure, he strategized and drove the entire device journey from order placement, customer support, order fulfillment and liquidation. He also led the planning, development and execution for a one of a kind Reverse Logistics Platform and Operations Unit for Smartphones, while strategizing operations for efficiency through product and training. In his new role, he will focus more on the expansion of the enterprise solutions and will continue exploring international markets for Cashify.

Aksh Chauhan joined Cashify as the Vice President for Logistics and has been working with Cashify for the last 6.5 years. With his self-driven entrepreneurial leadership skills, he has aided in building Cashify’s robust supply chain network for better control and efficiency to support rapid growth. In his new role, he will be leading Operations at Cashify and focus on building the ecosystem for a Circular Economy in the used smartphone category.

Shubh Darpan has been working with Cashify for the last 4.3 years and played an integral role in redefining business with a strong data-led approach. His skills in pricing, customer acquisition & growth, data analytics & BI have led Cashify to grow on a limitless road of profit. In his new role, he will be in charge of pricing, growth & revenue with the primary focus on building the D2C channel for refurbished mobiles.

Handpicked and Unbeatable deals by Portronics; exclusive sale from 11th to 15th August 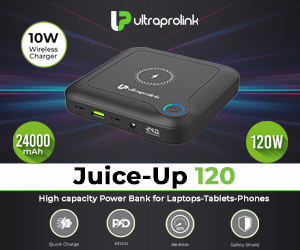 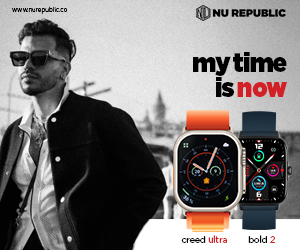 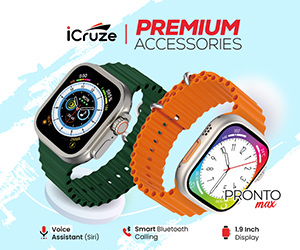 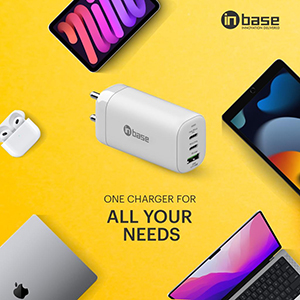