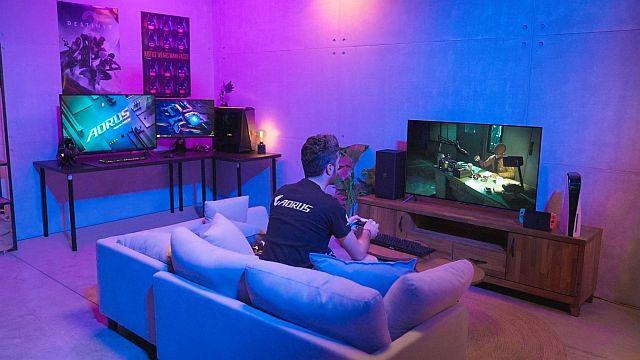 With the increasing popularity of 4K streaming services, more and more consumers will consider models with 4K UHD resolution when purchasing a display for entertainment. On the PC side, the current leap in hardware performance has made 4K gaming more attainable than ever before. The new-gen game consoles such as the PlayStation 5 or XBOX Series X also promise immersive 4K@120Hz gameplay. All these phenomenons have led 4K gaming monitors to become the spotlight in the market right now.

However, if you are looking to get immersed in the awesome 4K gameplay fueled by the advanced PC hardware or new-gen game consoles, you will need a monitor which features not just 4K resolution but a high refresh panel (at least 120Hz) and HDMI 2.1, which turns out to be the most crucial feature among all. The HDMI 2.1 output is widely adopted by today’s new-gen consoles and the latest graphic cards like the NVIDIA RTX 30 series or AMD RX 6000 series. In other words, only 4K monitors that support HDMI 2.1 can keep up with the trend.

The leading gaming brand GIGABYTE has released a complete lineup of 4K gaming monitors in various sizes, and all support HDMI 2.1 with high refresh rates of at least 120Hz, including the FI32U, FV43U and FO48U from AORUS series and the M28U & M32U from GIGABYTE M series. Handy features, such as USB Type-C and KVM support, can also be found on select models that are able to elevate both your work and play to a whole new level.

ASUS Republic of Gamers Launches Multiple New Products at For Those Who Dare: Boundless Virtual Event