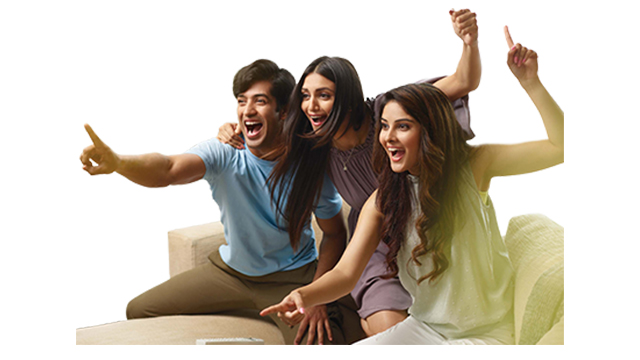 Here’s an interesting fact: In the last two years, Airtel has scaled up headcount across it digital verticals by 150%. This massive talent ramp up is rooted in Airtel’s strategy of in-sourcing a large part of its digital processes in order to build products with much sharper customer focus. Over half of Airtel’s India business today flows through its digital channels as customers and partners look for frictionless and intuitive experiences on the go.

Today, Airtel is amongst the largest digital innovation factories in India with over 1600 people working on cutting edge platforms and technologies. That’s already over 10% of its India workforce and the company continues to hire digital talent at a breakneck speed.

During the recent investor call Gopal Vittal, MD & CEO, Bharti Airtel said that some of the talent Airtel has been able to acquire has come from around the world from the best companies including large technology and internet companies.

Adarsh Nair, Chief Product Officer joined Airtel after having spent close to two decades in the US with top tech companies. Pradipt Kapoor, Chief Information Officer has come from Merck UK.  Talent from Silicon Valley or from India’s leading startups and of course premier engineering colleges and B-schools is coming to be a part of Airtel’s digital innovation.

So, why should top talent choose Airtel over a technology company or startup?

The answer lies in two things. The Unique Opportunity and the Culture of Empowerment at Airtel.

Let’s talk about the Unique Opportunity first. Telcos are the core of all things digital and that makes them a hub for some of the most exciting digital innovation. And Airtel has been pioneering digital transformation to serve over 340 mn plus customers in a digitally connected India. That’s on a scale that’s equal to the population of USA.

Wynk Music, India’s #1 music streaming app, and other apps like Airtel Thanks and Airtel Xstream have all been fully built in-house by Airtel. There are over 200 mn MAUs across these apps. This is amongst the highest in India.

Teams of engineers and data scientists (including ex-NASA talent) at Airtel X Labs have built AI enabled chat bots that will talk to customers in over 12 Indian languages and solve their service requests. When a customer walks into any Airtel store, the retailer uses his Airtel Mitra app to click a pic of the customer, his ID proof and the entire onboarding happens digitally (zero paper) in a matter of a few minutes. Or take the case of Airtel IQ, which Airtel’s digital and network teams built together, to help businesses connect with customers securely. So, every time you order food from Swiggy or hail a cab, Airtel IQ enables businesses communicate with customers in a privacy safe fashion.  Just a few of the exciting digital innovations at Airtel.

That’s the kind of India-First digital platforms people get to build when they come at Airtel. Work on cutting-edge technology and build for global scale and not just a few million. This is an opportunity that perhaps only Airtel has to offer.

And then comes the Airtel Culture. Despite being a very large organization, Airtel has the heart of a Startup. From its open-offices to providing full empowerment to its people, Airtel let’s people grow fast and invests in their development.

At Airtel, big tasks are given to young talent with huge empowerment. People are encouraged to be entrepreneurial in nature, solve challenging problems by attacking them with data-driven insights and fresh perspectives. And an Agile culture of development and a meritocracy based on metrics and market impact rewards people and teams for the impact they create on the experience of Airtel’s 320 mn customers, which are at the core of the company’s strategy.

Sundi Raman, Sr. VP and Head of Product @ Airtel Business moved back to India to join Airtel: “I had over 15 years of work experience in the US solving cutting edge problems in the cloud space. But with Airtel I get the unique opportunity to build products and solutions at the intersection of network and digital technologies. This is the kind of experience that perhaps not many technology companies in the world can offer. We recently launched Airtel IQ – a first of its kind cloud communications suite for India and we have just gotten started. The freedom to innovate at Airtel is massive and I am truly excited about what lies ahead of us. I believe I made the right choice of coming back to India with Airtel.”