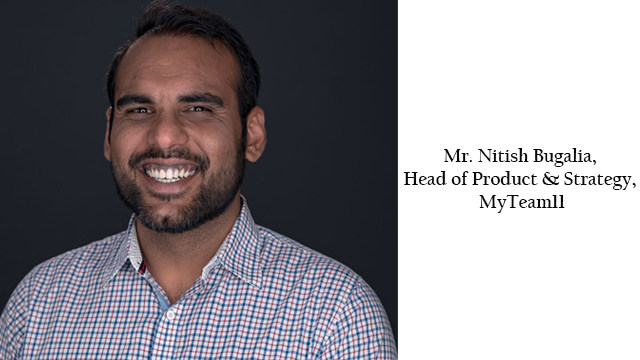 IPL 2020 was one of its kinds. While the tournament has already broken all the records for viewership, fantasy gaming has been the other talk of the town during the season. The tournament has seen an unprecedented number of people turning to various fantasy gaming applications to make their favourite 11 and has also seen the launch of a few new fantasy applications who wished to ride on the IPL wave.

With the tournament contributing around 40-45% of the top-line revenue of a firm like MyTeam11 the emphasis this year was even more on handling the excess traffic the platform generates which has been 2x the previous edition on an average. This IPL there have been roughly around 100 thousand transactions per second on the system and the AWS cloud technology has been able to handle it all seamlessly after a breakdown that had led to a massive crisis in 2019. Therefore, aiding in a revenue boost despite the slump during the peak months of the economic slowdown.

In an interaction with Jayanta Ghosh, Editor-In- Chief of DeviceNext  Mr. Nitish Bugalia, Head of Product & Strategy, MyTeam11 elaborates about how they have used technologies to scaleup the backend for efficient and superfast and provides users a phenomenal gaming experience.

Q. How the technology in fantasy gaming companies is constantly changing and how has IPL 2020 generated a new need?

Fantasy gaming companies came into prominence 4-5 years back when they slowly started becoming mainstream. But back then, the number of users and the penetration of the users were so low that the focus was not on the technical side of the thing but was more on acquiring new users and giving them a decent experience. But with growing users over the past couple of years, it has become all the more important to have a solid back end technology system which is extremely efficient and superfast and provides users a phenomenal gaming experience. If I were to give you one example, during the Indian T20 League, the user engagement is usually high and the users like to know their rank and their progress as the match is progressing. However, earlier fetching this data used to take around 25-30 minutes after the completion of a match which decreases the customer’s trust and interest in the application drastically. That was one of the major things we focused on and we are glad that in the 2020 season, we could bring down the time to less than 5 minutes on an average now. That’s where technology comes into the picture. The number of
requests that we handle during an average Indian T20 League game is up to the tune of 50-70 thousand/second and we are even technologically prepared now to handle it up to 1lakh requests/second which makes the user experience all the more smooth. As number of participants row in a particular match, the calculations take more and more time. In spite of having this gradual growth during a match, we were able to bring down the time of showing the rank and progress of a user by more than 85%. This is where most of our technical innovation and efforts went into. That was one of our major challenges and we could overcome that during the Indian T20 League 2020 season.

Q. What kind of technology MyTeam11 is using and how is it different from the others?

MyTeam11 was built not as a Cloud first organization but on a traditional technological stack which is basically Colocation server, Colocation application architecture and the content being managed by our engineers. But as we were expanding the business and were growing, we noticed that there are lots of challenges that came along with growing numbers. One such learning experience was during an IPL 2019
game where the app was basically down for roughly 30-35 minutes which led to around 10 thousand customer complaints across all the different platforms and costing us around half a million dollars of
revenue loss as well. That experience taught us that while we are getting more and more users and making a name for ourselves, it was also important for us to back it up by providing the best app for experience as well.

After a lot of evaluation and discussion with multiple different vendors and partners we decided to move to AWS specially keeping in mind the India vs West Indies series for which we were the title sponsors for. It was an amazing experience straightaway and post AWS, we were able to up skill our team and make a smooth transition from the existing Colocation architecture to the Cloud. And from that point onwards, we have been focusing more on redesigning the architecture from ground up using micro-servicesand overall customer experience. In 2020, we saw 90% less production incidences and even for some of those incidences that happened, the reaction time was so quick that we could fix them even before the customers realized. I think we have come a long way from where we were in 2019. There is still a lot to improve and we have identified a lot of cases that we want to work on.

Q. What are the advantages of hosting the matchups on the cloud?

I believe the advantages are pretty clear. First, it comes with huge cost saving as there is flexibility in scaling up and scaling down. Elasticity is the core principle of cloud. For example, for a 7:30 pm match, we see peak traffic between 7:11 – 7:35pm. Earlier, we had to purchase servers 2-3 months in advance to be prepared for the Indian T20 League’s traffic without knowing if that would suffice. In cloud, we pay as we use leading to roughly 80% savings in server costs alone. Also, with automated scaling the extra servers can be added or removed based on real-time traffic patterns. Second, security. Fantasy Gaming has a high rate of fraud rates. AWS has built in tools that detect frauds at an early stage which help us react at much faster rates to wrongdoings, if any. Additional logging and monitoring capabilities help in threat detection early making the job of fixing things even easier. Third, with Cloud bringing down the cost of operation, we can invest more time in experimenting. Earlier to plan a production release, it took us around 2-3 weeks. Today we do 2-3 major releases every day. This has helped in reducing Time To Market for new features significantly and staying on top of industry demands. One of our core principles is to Fail Fast, Learn Fast and with cloud we are able to deliver on that. We can run multiple simultaneously in the market for the same feature, and then quickly do larger rollout based on customer feedback with just few clicks of a button, thereby helping us provide best-in-class customer experience.

With flexibility and low cost of experimentation that comes with cloud, the risk of trying something new is very low. As such, we are experimenting a lot now and diversifying which was probably not possible earlier.

Mi 10i does record breaking sales worth INR 200 Crore

Being a gadget freak himself, he started off with powerbanks and other tech gadgets in 2013. 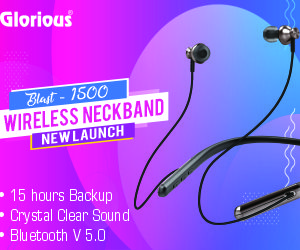