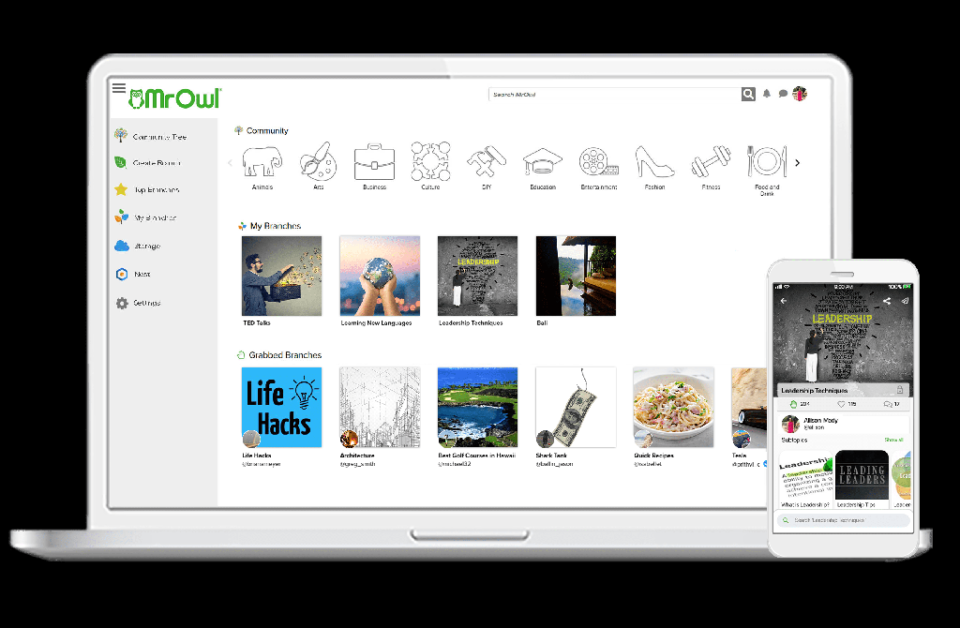 The coronavirus has affected sports in an unprecedented way. All major sports events have been canceled or postponed worldwide to some degree or another. Sportspersons, particularly cricketers have unable to train properly and participate in their respective leagues as it has been severely affected by lockdowns and restrictions.

The Indian Premier League (IPL), one of the most followed cricket tournaments worldwide, has announced that it will be played from September 19, 2020, to November 10, 2020. The leading T20 tournament sees major players from across the world participating and fans are anxiously looking forward to the tournament, even if it will not be played in India.

Fans will now have to adapt to how they support their teams in the age of the coronavirus. On MrOwl, users can store all their digital content in one place by creating public or private collections of information called “branches” that can be organized with subtopics, links, documents, and media. It is one of the most admired and preferred resources for cricket content.

MrOwl user Aadi Jindal created the Indian Premier League “branch” on MrOwl. It covers each team participating in the coveted tournament. And while this year there will be no spectators attending the events in person, it is likely to be the most-watched and followed season on television.

Several MrOwl users have also built branches on their favorite players. These include MrOwl user Navpreet Singh who has a branch on cricket star Sachin Tendulkar. You can know everything about him including Awards and Achievements, Charity, Early Years, Endorsements, International Career, IPL & Champions League, Personal Life, Play Style, and more.

There are also branches on other major cricket teams including England Cricket, Cricket Australia, and others. If you would like to virtually visit previous tournaments then you may want to consider visiting the Cricket World Cup branch by MrOwl user Connor Calvert. If you are looking for anything relating to cricket then MrOwl Community Pages on Cricket are always a good start. They contain information such as cricket history, gameplay, news, and information for the second-most popular sport in the world. It also includes resources from the International Cricket Council (ICC).

For those who are missing the game and would like to play, they should consider browsing the Fantasy Cricket Resources or Cricket Video Games branches. It would be the safest way to play the game without potentially exposing yourself to the coronavirus.

Arvind Raichur, CEO, and Co-founder of MrOwl suggested how pivotal sports are to people all over the world. He said, “Sports have been severely impacted this year with most major tournaments getting canceled or rescheduled. It has always been a great unifier for people all over the world and the IPL is one of the finest global cricket tournaments. As the players get back on the field after over 6 months of hiatus, it will be a great moment for fans everywhere to return to some sort of normalcy in being able to watch their teams perform. With MrOwl, fans can take their tournament experience to a new level by connecting and following IPL fan accounts, branches, and chatting with others from the safety of their homes.”

MrOwl enables people to collaborate on a variety of topics, find motivating and inspiring ideas, and share information with their network, community, and friends. It is one of the best way to follow IPL this year.

To find out more, go to MrOwl.com or download for free from the iTunes or Google Play app stores.