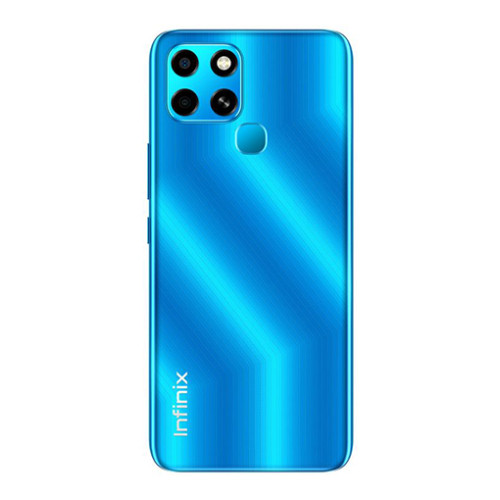 Indian phone customers are slowly moving towards smartphones instead of buying old-gen feature phones with keypads. One such brand that continues to introduce budget smartphones under Rs 10,000 in the country is Hong Kong-based Infix. The company recently introduced the Infinx Smart 6, and it costs Rs 7,499 in India. The phone is also available in multiple colour options such as Ocean, Light Sea Green, Polar Black, and Starry Purple.

The smartphone may seem ideal for elderly customers or young users in school who typically have very limited requirements. It should run apps like WhatsApp and YouTube smoothly, and users can also use its 5-megapixel AI selfie camera for video calling and online classes.

Infinix, with the Infinix Smart 6, is also planning to attract health-conscious customers by offering a rear panel made with an “anti-bacterial” material. Apart from that, it comes with a fairly big 6.6-inch HD+ display and a MediaTek Helio A22 SoC under the hood.

The display also has a waterdrop-style notch for the single selfie camera and offers 500 nits of brightness. There are relatively thin bezels on this budget smartphone to let users enjoy video content.

The MediaTek chipset comes paired with 2GB of RAM and 32GB of storage that is expandable up to 512GB with a microSD card. Since the smartphone is designed for entry-level users and features modest hardware, it runs on the Android 11 (Go edition)-based XOS 7.6 that includes a toned-down version of Google apps. The advantage of Android’s Go edition is that certain pre-installed apps might be optimised for this software. On the contrary, the software is still outdated as Google’s Android 13 was officially unveiled very recently.

We get support for face unlock, and there’s a rear fingerprint sensor as well for biometric security.

The rear camera module on the Infinix Smart 6 packs an 8-megapixel primary sensor paired with an AI sensor. The camera app on the smartphone comes pre-loaded with modes like Auto Scene detection, AI HDR, Beauty, and Portrait among others. It packs a chunky 5,000mAh, and the company promises up to 31 hours of battery life. Being a budget device, Infinix does not prioritise the phone’s thickness. It is 8.8mm in thickness and weighs 195 grams.

India PC Market Pushed Past Four Million Units for the Third Consecutive Quarter in 1Q22, According to IDC