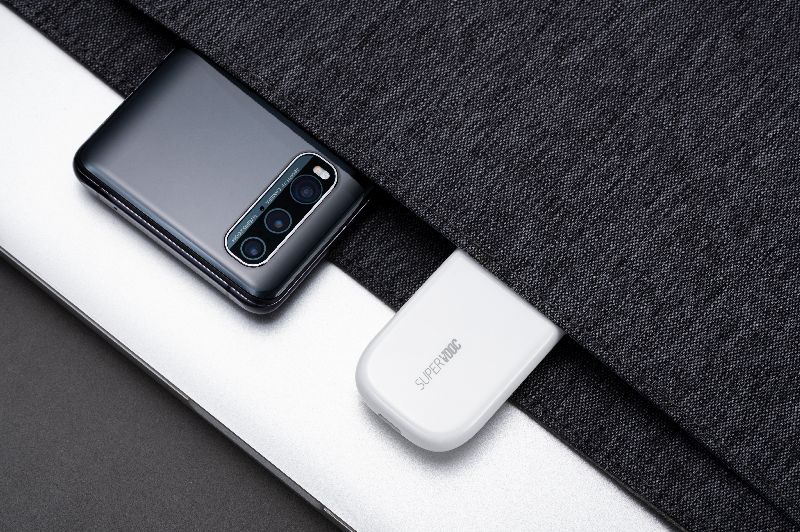 The 125W flash charge technology marks the latest flash charge technological breakthrough for the mobile phone industry. With an advanced encryption algorithm and strict temperature control regulators, it enables the safe and efficient use of the flash charging device. The 65W AirVOOC wireless flash charge allows users to charge faster compared to wired charging. The 50W mini SuperVOOC charger and the 110W flash charger which are introduced for the first time are unique innovations of OPPO’s VOOC flash charge technology. They are field leaders in the miniaturization of high-power chargers as a result of their unprecedented light, thin and portable features.

Jeff Zhang, Chief Charging Technology Scientist at OPPO, commented: “The accelerated 5G rollout worldwide as well as the increasing diversification of high-power-consumption applications including gaming and video viewing represent new challenges for the battery life of mobile phones and user charging experience. OPPO has been leading the development of fast charging ever since VOOC flash charge was launched in 2014. Now, we are committed to continuing to build on our expertise and advantages in the field of high power, wireless and ultra-small charging technologies in order to provide users with a safe, efficient and convenient ultra-fast charging experience.”

Tasleem Arif, Vice President and R & D Head, OPPO India, said, “OPPO has built its legacy as a Global Technology Innovator by launching Several ‘Firsts’ in the smartphone market. We are the only brand to have patents across areas such as AI, Gaming, camera & image processing and much more. OPPO’s 125W flash charge technology builds on many features of VOOC which provide better performance while ensuring safety and efficiency. At OPPO, we are committed to researching and developing technologies that help us understand consumer needs and serve the Indian market better.”

Evolved from SuperVOOC’s technical design, the 125W flash charge has undergone a comprehensive hardware architecture upgrade. It can support a charging scheme of up to 20V 6.25A and has significantly improved power density properties in order to effectively reduce charging time whilst simultaneously not increasing the size of the charger. In terms of battery, it is equipped with double-6C cells with breakthrough battery ratio, industry-leading multiple tab structures, charge pumps and a highly integrated MCU to improve charging efficiency.

In addition, the technology behind the 125W flash charge has strengthened the safety protection features in the system by adding 10 additional temperature sensors which monitor the charging status and ensure maximum safety during charging. Furthermore, the platform uses fuse overvoltage protection measures, Type-C to Type-C wire as well as 128-bit high-strength encryption algorithm to enhance safety.

Users want to be free of the hassle and inconvenience of charging cables and be able to charge their devices as quickly as possible. The answer to this problem is the market-leading wireless flash charge technology 65W AirVOOC wireless flash charge, which adopts self-developed isolated charge pump technology and parallel dual-coil design to further increase wireless charging efficiency.

The 65W AirVOOC wireless flash charge can fully charge a 4000mAh battery in 30 minutes at the fastest rate. It has reduced the interference in frequency and thereby enabled wireless charging to be widely applied. The technology has five-fold safety protection measures in addition to a foreign object detection function. It is also compatible with the Qi standard and provides users with a cable-free and super-fast charging experience.

In addition, OPPO has showcased a conceptual wireless charger for the 65W AirVOOC wireless flash charge. The charger features a beautifully – sculpted glass which is made of moldless rapid prototyping technology and is the first application of this type of technology in the consumer electronics market.

The bottom of the charger is equipped with a semiconductor cooler in order to adjust the heat entering and exiting thereby ensuring that the handset is not hot after the appliance has been charged. In this case, the temperature of the back of the phone is kept over 2℃ lower than that of only using the fan to dissipate heat. The unique design makes mobile phone charging more convenient and has the capacity for high-power charging.

These unique features mean that the 65W AirVOOC wireless flash charge provides a unique and unprecedented charging experience and may likely become users’ first charger choice in the 5G era.

OPPO’s 50W mini SuperVOOC charger was developed through multi-radian curve processing to a size similar to a business card holder; its wall has a thickness of only 1.05cm. As a result of its design, users can easily place it in their shirt pockets and coat pockets, which makes it extremely convenient for commuting and traveling. The 50W mini SuperVOOC charger is compatible with VOOC protocols, supports mainstream protocols like 27W PD and 50W PPS, and can charge a variety of devices including mobile phones and laptops.

OPPO’s engineers designed a revolutionary architecture for the 50W mini SuperVOOC charger and reduced the size of the components that take up the most space by using a new topological design. This provides a highly efficient power conversion by removing the conventional electrolytic capacitor as well as introducing pulse charging – the first in the industry, aviation-grade high power clamping diodes and GaN high frequency switching power supply technology, to finally achieve miniaturization of high-power chargers.

Building upon the 50W mini SuperVOOC charger, OPPO’s 110W mini flash charger has defied the limits of size and efficiency for high-power adapters. Besides using the innovative dual-level architecture to achieve high-efficiency power conversion and temperature rise control, the 110W mini flash charger is built upon the combination of laminate and compact structures which minimizes its size to just 35.76 cm³ – similar to the size of a normal 18W charger.

In the era of intelligent connectivity, OPPO’s ultra-small charger series will provide flash charging anywhere and at any time. Charge-and-go is now a reality, a single charger which powers multiple devices.

Cool Gadgets from Portronics under INR 2,000