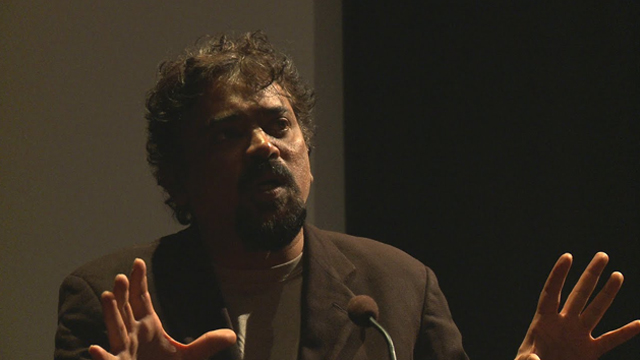 In-line with strengthening its EOS Ambassador program in India, Canon, has onboarded eminent Director, Cinematographer and Filmmaker, Santosh Sivan as part of its celebrated Cinema EOS Ambassador program. Sivan is one of the most acclaimed cinematographers in the Indian film fraternity and brings to the table an experience of over 30 years. He has worked on various  films across Malayalam, Tamil, Hindi, and Telugu languages and is most renowned for his work in the South Indian film industry especially Malayalam cinema. He has won 14 National Awards and for his outstanding contribution to Indian cinema, he has been awarded the reputed Padma Shri by the President of India in 2014.

Sivan’s passion for the art of filmmaking made him a founding member of the Indian Society of Cinematographers (ISC) and he is also the only Indian representative at the American Society of Cinematographers (ASC). He shot to prominence on the national stage with Mani Ratnam’s Thalapathi and is celebrated for his work in movies such as Roja, Dil Se, Iruvar, and Kaala Pani. He is not only respected in the Indian film industry but is also applauded internationally for his stellar work. He has 21  international awards and credits include Bride & Prejudice, Mistress Of Spices, and The Terrorist (premiered at BFI London Film Festival). Some of his most recent films include , Lies We Tell, Chekka Chivantha Vaanam and the famous Darbar with Rajnikanth. While his  film Mumbaikar is currently in the post production stage and shooting for his film Barroz just started.

Commenting on the Cinema EOS Ambassador Program, Mr. C Sukumaran, Director- Consumer Systems Products and Imaging Communication Products said, “We are excited to onboard Mr. Santosh Sivan, a legend and an industry veteran with an impeccable sense of visual storytelling, as our Canon Cinema EOS Ambassador. Bold and inspirational, the Canon EOS Ambassador program represents and supports current and future generations of photographers and filmmakers. With his experience and passion, Mr. Sivan is the ideal ambassador to not only spearhead change in the motion pictures industry but also share Canon’s vision for visual storytelling.”

“With the remarkable rise of OTT content, the broadcast industry has been witnessing several transformations in recent times and that is where the experience of creators like Mr. Sivan counts the most. Through our Canon Cinema EOS Ambassadors, we aim to spread of filmmaking not only in terms of being in tune with the latest trends but also the best-suited technology.”

Speaking about partnering with Canon as a Cinema EOS Ambassador, Mr. Santosh Sivan said, “I am delighted to be a part of the Canon EOS Cinema Ambassador family. Through the years, Canon has been introducing groundbreaking technology in the field of Cinema which has enabled filmmakers like me to truly depict our vision into reality on film. And through this program, I also get the chance to not only work closely with Canon but also promote the passion for art in the photography-loving nation that we are.”

“I am excited to introduce to the audience my new work on OTT platforms soon and I believe that choosing a Cinema EOS camera paired with Mirrorless RF technology is an ideal combination in terms of technology. My current picks include the versatile Canon Cinema EOS C70 camera and shall further add the revolutionary mirrorless Canon EOS R5 camera with 8k video recording abilities.”

Known for associating with stalwarts of the photography community, Canon has a diverse set of filmmakers as part of its Canon EOS Cinema Ambassador. Other acclaimed cinematographers as part of the program include Sumer Verma – Underwater Cinema domain, Alphonse Roy, Bedi Brothers (Vijay Bedi & Ajay Bedi), Priya Thuvassery, and Rajesh Gupta.

Pooja Hegde stars in a vibrant brandcampaign by pTron