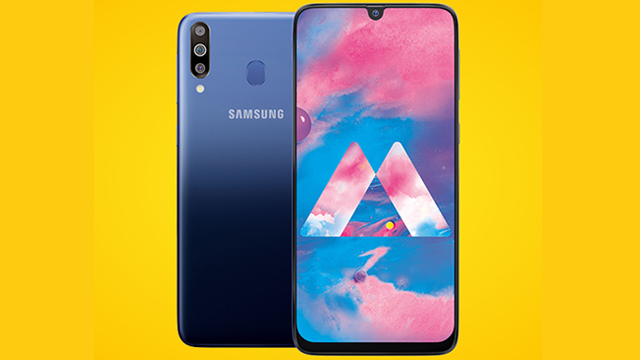 This will be the year for Samsung, that’s what we predict at Device Next. After carefully watching its competitors like Xiaomi, Oppo, Vivo and the competitive market of India, Samsung is now all set to take the pole position again in 2019. Samsung has a huge edge over its competitors because the have an in house R&D, Display and its own Exynos chipset and not to forget its very strong channel network. So we think that this year Samsung will knock off few brands in India.

With the launch of M30 Samsung are now targeting the Millennials with great specs and aggressive pricing. According to Samsung the latest addition to its Galaxy M line of smartphones is designed for tech savvy millennials.

Galaxy M30 sports triple camera setup at the back for capturing important moments on the go. The triple camera set up on Galaxy M30 comprises a 13MP primary rear camera with F1.9 aperture, a 5MP ultra-wide lens for capturing wide frames and a 5MP live focus lens that allows the camera to capture the subject and the background separately to get beautiful shots with the focus on the subject. Galaxy M30 also sports a 16 MP front camera with selfie focus.

Galaxy M30 comes with a super AMOLED 6.4″ FHD+ infinity-U display. For uninterrupted streaming and gaming, it’s equipped with a powerful 5,000 mAh battery. The type C fast charging feature ensures 3X speed as compared to the normal charging, thanks to the 15W in-box charger.

Galaxy M30 comes with dedicated storage slot expandable to 512GB and will have dual SIM VoLTE support. It also comes with Widevine L1 certification for seamless streaming of HD content through popular apps.

Additionally, Galaxy M customers on Jio 4G would be entitled to Double-Data on Rs. 198 and Rs. 299 plans. This exclusive offer gives users on the Rs. 198 recharge, savings worth Rs. 3110 over 10 recharges and with the Double-Data benefit, the freedom to enjoy unlimited video, music, cricket and much more.