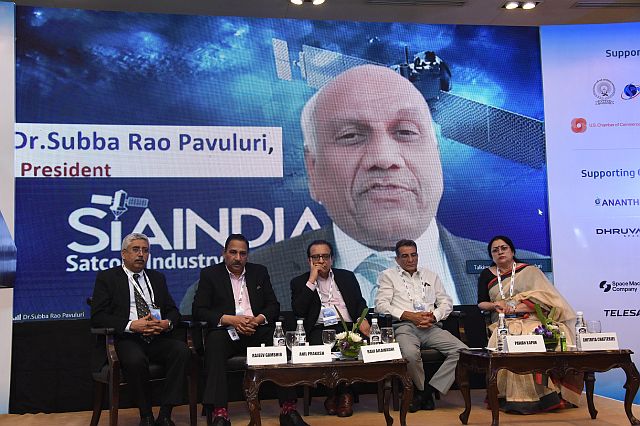 Satellite spectrum-orbital resources are a globally shared public good managed by the ITU suited for administrative licensing as a global best practice. Globally, satellite operators do not enjoy exclusive tenure of spectrum rights to deliver services; they are not looking for exclusive spectrum rights in India either.

“Spectrum for satellite is non-exclusive in nature as it can be used by multiple satellite operators to serve the same geographic area.  Any assignment by auction for satellite spectrum that can be shared between operators would lead to unnecessary segmentation and very inefficient use of spectrum. It would artificially limit the number of satellite operators sharing the spectrum and exclude them from the market.” Dr Subba Rao Pavuluri, President SIA-India.

The SIA-India paper ‘Satellite Spectrum Allocation-International Best Practices and Learnings’ studies some of the international best practices to arrive at the inference that auctioning of the Satellite spectrum would not be a feasible solution in India. An auction for satellite spectrum will severely limit, artificially, the number of satellite operators sharing the spectrum and exclude them from the market. Unlike terrestrial mobile operators, multiple satellite operators can concurrently use the same frequency range.

A review of a proposal to replace the administrative licensing regime for shared-spectrum use would encounter technical and legal glitches leading to substantial economic loss. Such a proposition would likely be subject to review under the Competition Act 2002, and lead to legal hurdles for auctions to shared-spectrum use.

One of the economic hurdles that would arise is that spectrum auction is a mechanism to assign spectrum rights on exclusive basis to a limited number of users to solve excess demand. The government would have to justify the economic benefits of closing its space economy or reducing it to a minimum participation. In addition, significant costs would be imposed on India from the loss of the shared satellite capacity that India requires; both in short and long terms, and those costs would greatly surpass any fees collected through an auction.

“SIA-India, along with ISRO and InSpace, can conduct experiments to support 5G opportunities and demonstrate solutions on how India can become  a leading player in leading technologies” Shri AS Kiran Kumar, Former Secretary, DoS, and Chairman, ISRO

The international trend is clear, and it is against auctions. Out of the 193 ITU member countries, very few including the US, Mexico and Brazil, have ever attempted to auction satellite spectrum in the past.  All such experiments in the world have been abandoned and the practice of auctioning satellite spectrum has been replaced back with a globally adopted administrative process.

“Satellite based communication is very different from terrestrial communications, both are distinct technologies and governed by separate rules and regulations. A forward-looking approach by policymakers is needed to adopt the best practices based on technology and market dynamics in line with international best practices.” Mr. Anil Prakash, DG, SIA-India

What is really needed is an Open Sky Policy wherein the Satellite operators having capacity over India are permitted to utilize full spectrum bandwidth to provide services to the Indian public in a competitive manner so that such services are made available at an affordable cost.