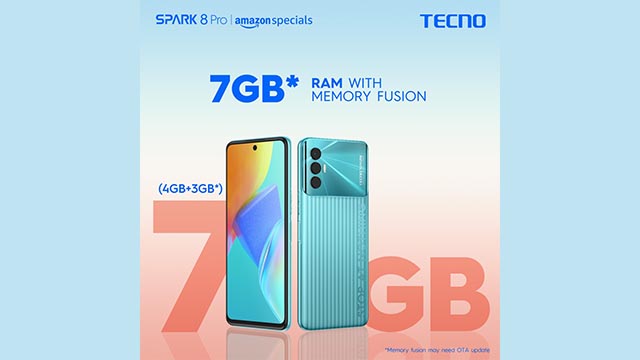 TECNO, the global premium smartphone brand, recently announced that its proprietary ‘memory fusion’ feature will be available through OTA updates, across its range of smartphones. The feature allow users to virtually expand their available RAM with a single tap.

Today’s Gen Z and millennial consumers are always on the lookout for phones which offer uninterrupted performance at all times and has good storage. They want a smartphone that can switch between multiple apps faster, store large amounts of data, provide immersive gaming experiences and run memory-intensive applications with reduced lag. To address such multi-tasking needs, Tecno’s ‘memory fusion’ feature allow users to borrow additional storage capacity and allot it to RAM whenever needed, quickly and conveniently.

The technology has proved to significantly improve smartphone performance an 80% increase in the average application start-up time has been observed, as well as upto two-fold rise in the number of backend cache applications. 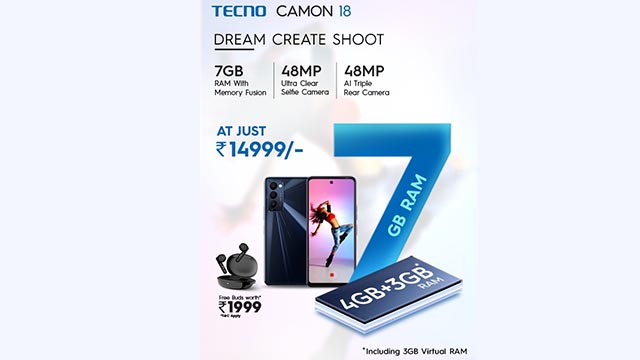 The CAMON 18 sports a 48MP AI front & rear Camera, and is powered by a Mediatek Helio G85 processor with Hyper Engine Gaming Optimization, providing an incredible gaming experience. The smartphone comes with 4GB of RAM and 128GB of storage. TENCO’s Memory Fusion feature allows users to borrow an additional 3GB from storage capacity to work as RAM during heavy-duty usage scenarios. 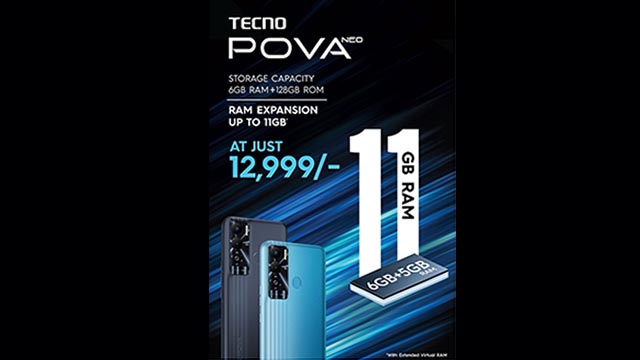 POVA NEO: An ultimate powerhouse with a massive RAM up to 11GB at just INR 12,999

The POVA NEO offers seamless smartphone experience through a powerful 6GB high capacity LPDDR4x RAM + 5GB expandable RAM with Memory Fusion feature and unmatched 6000mAh battery. It comes with a 128GB eMMC 5.1 internal storage expandable up to 512GB through a dedicated SD Card slot. It runs on HiOS v7.6 based on Android 11. 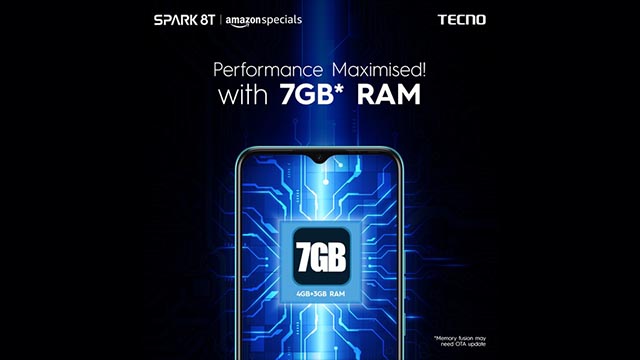 The Spark 8T sports a 6.6-inch FHD+ display, a 50 MP dual rear camera setup, with a massive 5,000 mAh battery. The TECNO Spark 8T is powered by an octa-core MediaTek Helio G35 processor. The smartphone comes with 4GB of RAM which can be further expanded up to 3GB with Memory Fusion.

The SPARK 8 Pro features a MediaTek Helio G85 SoC, a triple rear camera setup with a 48-megapixel primary sensor, and a 5,000mAh battery with support for 33W fast charging. The smartphone offers up to 4GB of RAM and 64GB of eMMC 5.1 internal storage. There is also an option for users to expand internal storage up to 512GB through a micoSD card.