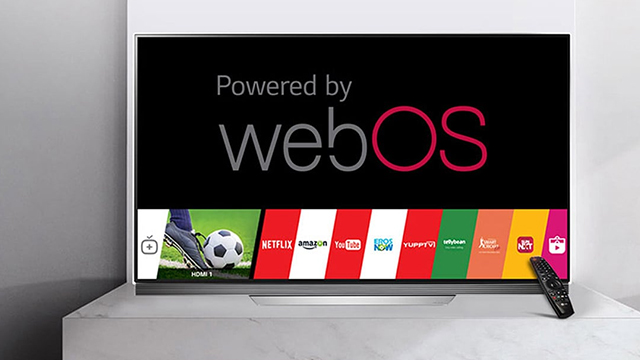 Over four decades old, Videotex International, one of the largest Television ODM and OEM players in India becomes the first Indian Company to become the licensed manufacturer for webOS TV’s, in India.

The webOS TV solution is a complete step up for Smart TVs in India. Smart TV Powered by webOS TV, comes with an intuitive interface which is more simplistic. It is compatible with 4K Ultra-HD programming and brings a variety ofcontent options from a plethora of global and local streaming apps across all genres at the click of a finger on its Magic Remote. WebOS TVs come with integrated AI algorithms and voice assistance for easy control. The voice commands enable users to manage the smart devices without any hassle and enjoy personalized entertainment through voice assistance via Magic Remote or smartphone with the LG ThinQ App.

With this move, Videotex proudly welcomes several TV brands to join the webOS TV ecosystem, exploring a new path of possibilities that allows many new TV owners to experience the same great UX and functionalities available on webOS TVs. The company has already signed five leading TV Brands for manufacturing the webOS TVs and is looking forward to onboard over ten by mid-next month. The company shall manufacture webOS TVs starting from 32 inches to 55 inches.

webOS TVs has the potential to reshape the TV business in India both in terms of technology and content providers, building the competitive edge in a market whereAndroid TV is a commonly utilized platform.

Ushering technological advancement in the TV segment, the webOS TVs shall be manufactured in the company’s high-end facility in Greater Noida, which has a commission capacity of over 1.4 million TVs in a Year. The recently upgraded R&D facility, focusing on IoT Technologies, is based in India and China. The company has already been manufacturing Android TV’s for Realme, Hisense, Toshiba, Lloyd, and over 15 leading brands.

Videotex has been at the cusp of emerging technology, and its latest move aims to capture and infuse the highly praised webOS TV platform among the Indian audience.

Speaking on the new development, Mr. Arjun Bajaj, Director, Videotex International, said, “While the mobile space has consolidated around two major operating systems – Android and IOS, the TV Industry remains less mature. The OTT consumption has undoubtedly pushed the adoption of Smart TV in India. It is now the platform creators that need to innovate and scale for both developers and consumers. With this, we are delighted to present this opportunity to the Indian TV ecosystem & be the first ODM in India to manufacture webOS TVs in India”

“The latest launch underlines Videotex’s commitment to constant innovation & delivering excellence in terms of cutting–edge technologies to new-age users. This launch will also bolster the company’s leadership stance in the Indian market, giving its partners more reasons to prefer Videotex as a manufacturer over other brands when they think of Make in India Smart TVs.” he further adds.