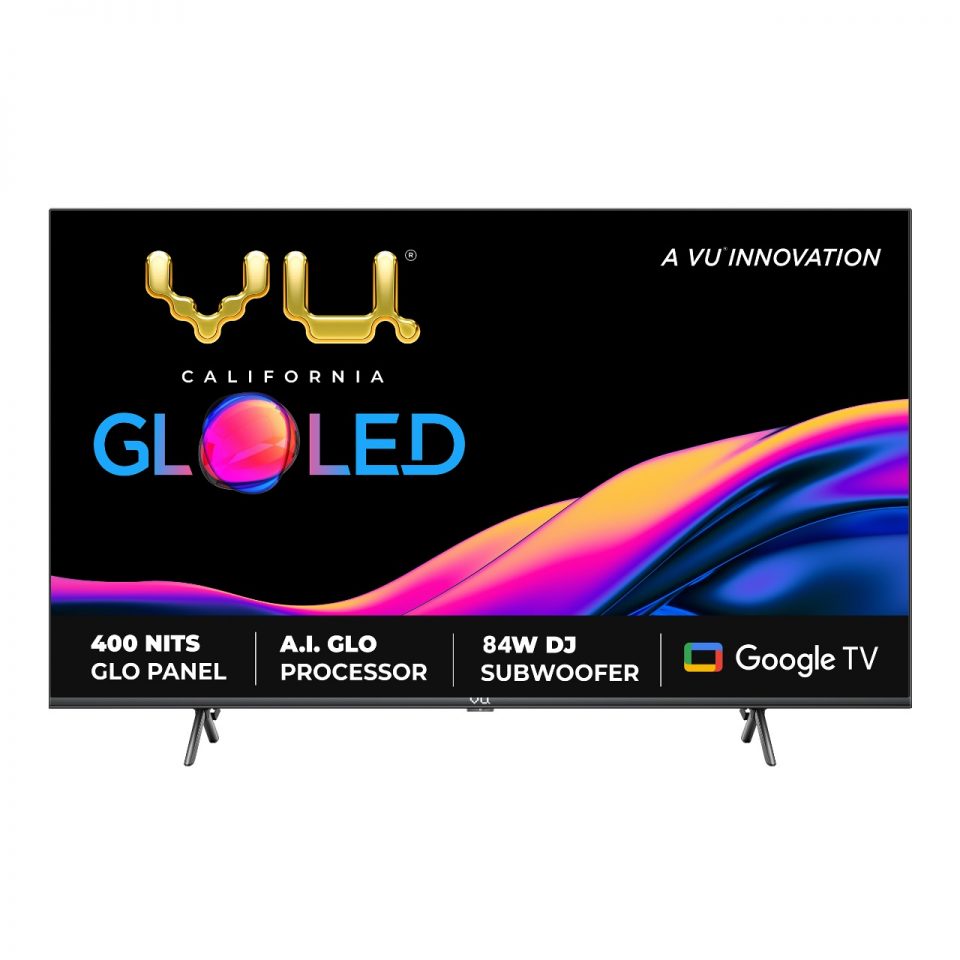 After receiving a tremendous response to the launch of Vu GloLED TV in September 2022, Vu Televisions had announced the sale of 43-inch Vu GloLED TV in India on World Television Day. Starting November 27th at 12 PM, the 43-inch TV will only be available on Flipkart at a price of Rs.29,999*.

Commenting on the launch, Ms. Devita Saraf, Chairman and CEO of Vu Technologies, said, “In just 2months we have sold 46675 units of the Vu GloLED TV, with a projected 2 lakh units in 2023. It has received an outstanding 4.4-star rating and 4635 reviews on Flipkart. 2022 has been a fabulous year with nearly a half a million Vu TVs sold till date. After the launch of Vu GloLED TV, I have been getting lot of messages from the customers over social media regarding when are we launching Vu GloLED TV in 43inch. We are excited to inform all the customers that 43inch Vu GloLED TV will now be available from 27th Nov 12noon onwards.”

The Vu GloLED TV comes with a DJ subwoofer built right inside the sleek frame of the Vu GloLED TV and produces a sound output of 84 watts. The sound of Vu GloLED TV does not crackle or vibrate even if the volume is at 100%. The Vu GloLED TV also has a built-in soundbar with 2 speakers to generate an 84-watt sound output. You can play the Spotify app on TV and wirelessly control your favorite music library from your phone.

The Vu GloLED TV runs the latest Google TV OS. With the new Google TV interface, you can browse content from your apps and phone to add to your watchlist or search through content. Movies and shows can be intelligently organized in ways that reflect your interests.

The Vu GloLED TV features the next generation of Vu’s Advanced Cricket mode technology. With Advanced Cricket Mode not only do you get 100% ball visibility but also get a live stadium experience, just in time for FIFA 2022 and ICC ODI World Cup 2023. Moreover, it has Dolby Atmos virtualization, which enhances match commentary rather than background stadium noise.

The Vu GloLED TV has a frameless design, maximizing the viewing area. The DJ subwoofer has been specially built to fit into the sleek frame of the Vu GloLED TV without any audio crackling. You can give your home an elegant, refined look with the midnight black sleek TV.