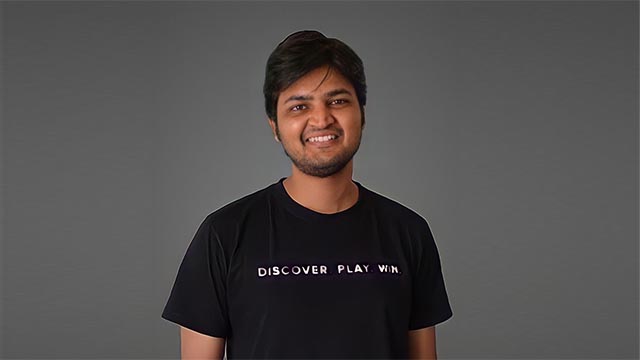 To be attributed to Arpit Jain, Founder and CEO, GreedyGame

While stationing mobile ads is simple, selecting the best ad network might be difficult if you are unfamiliar with the current ad styles in mobile advertising. When it comes to ad monetization, one of the first decisions developers must make is picking the appropriate ad formats for their app. With so many alternatives, there’s no reason to interrupt the user experience with irrelevant or otherwise annoying ads. Understanding the pluses and minuses of each ad format can assist you in selecting the best ad format.

Every single app is unique, so here are a few things to consider when choosing an ad format for your app.

Does the ad format fit into your app layout?

Ad placement plays a crucial role in the success of your ad strategy. When choosing an ad format for your app it is important to choose according to the app category. For example, rewarded ads work great in games or other apps but if you are looking for a better user experience and steady long-term revenue then you should consider native ads. One should also look at fitting the ad within the app’s content and design flow, but also make sure that it is distinct from the content.

Measuring advertising effectiveness through testing has its own benefits. After you have implemented an ad format, it is quite important to test it. By testing, you will get to know what works best for your app. More than one ad format should be tested in order to understand which works better. It gives you data to back up your decisions, provides ideas for further improvement, allows you to understand and segment different audiences and helps your organization iterate quickly. It is hard to argue against numbers. If one can prove which ad concepts are the best, you should have an easy time convincing to run it with the winning ads. The ability to measure the effectiveness of the ads is associated with performing agile market research. Also, it is important to test different placements. Most app publishers do run different firebase experiments with A/B testing.

Choosing the right ad format for your mobile app

Banner: Banner ad units display rectangular ads that occupy a portion of an app’s layout. They can refresh automatically after a set period of time. This means users will see a new ad at regular intervals, even if they stay on the same screen in your app. They’re also the simplest ad format to implement. Banner ad units can show the following types of ads: Text, image & rich media and Video. Video ads that appear in banner ad units always start muted. Banners are the most widely used as well as highly recommended ad format. It is feasible to be used and easy to read the text to promote an immediate call to action.

Interstitial: Interstitial ad units show full-page ads in your app. Place them at natural breaks & transitions in your app’s interface, such as after level completion in a gaming app. Interstitial ad units can show the following types of ads: Text, image & rich media and Video. They are simple during usage as it is used for games having long load times or for games having a natural break in their core loop design. It gives the user a mix of both the ads gives them a fatigue-free usage environment to monitor.

Rewarded: The name suggests rewards and indeed they give such rewards as in-app rewards for watching the game. Rewarded ad units enable users to play games, take surveys, or watch videos to earn in-app rewards, such as coins, extra lives, or points. You can set different rewards for different ad units, and specify the reward values and items users will receive.

Rewarded ad units can show video ads and interactive ads. They are entertaining as it has a video and provide a less intrusive environment for the user. Such type of ads are more likely to engage in a more user-friendly way as it has recreational gifts for the user. It works well with puzzle games and other messaging apps.

Native: Native ads allow you to customize the look and feel of the ads that appear in your app. These kinds of ads are integrated in the app content itself as it is an integrated part of app design and it helps in matching the look and feel of the app. You decide how and where they’re placed, so the layout is more consistent with your app’s design. They are the best for communication, lifestyle etc. and create a positive ad experience for their users. Mobile native ads are most popular with feeds based and social apps. App developers can customize it and look into its operation like choosing the font, colors etc.

Does the ad complement your user experience?

When determining which ad type to utilise, keep the app’s user experience in mind. Positive ad experiences, on average, generate more revenue. Apart from that, ensure that the ads are not invasive and that ad frequency capping is in place. You certainly don’t want to annoy users with frequent ads. Because a satisfied customer will continue to use your app, while you will continue to generate revenue.

To conclude upon which ad format is best to use for a mobile app, it depends on the ad format and app. Each ad format has its unique features. While some ad formats perform great with social apps and others with game apps. Each application is unique, therefore if you want to know that you’ve chosen the optimum ad format and ad network, you must ensure that the displayed ad formats do not interfere with the user experience of your app, examine alternative ad formats, and employ several ad formats and a single ad network.

Installing CCTV System? Here is What You Need to Know

7 Trends That Will Rule Indian Tech Industry In 2022