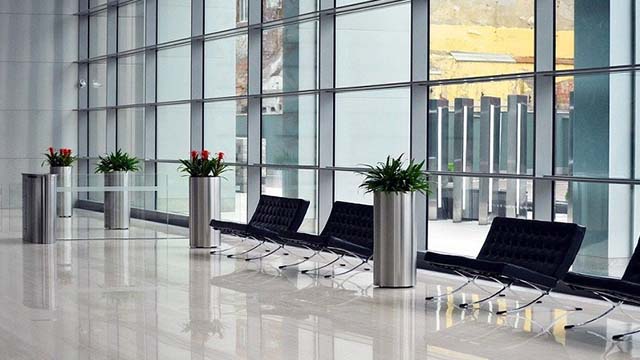 In a survey of office workers in India, an overwhelming majority of respondents (82%) say they are willing to leave their job if their employer isn’t taking steps to create a healthier indoor environment, compared with just 62% globally, according to a report released by Honeywell. “Workplace Air Quality: A Global Concern Emerges” presents the findings of Honeywell’s second annual Healthy Buildings Survey, which recently surveyed 3,000 workers in buildings with 500-plus workers in India, ASEAN, Germany, the Middle East, the United Kingdom and the United States.

With 89% of surveyed office employees in India working within a building at least part time, a substantial majority of those surveyed in India (63%) say they know a lot about their building’s indoor air quality (IAQ), nearly twice the global average of 35%. Further, an overwhelming majority of respondents (86%) say it is very to extremely important to be kept informed of their building’s air quality, a 20-percentage point increase from the global average of 65%.

“Of all regions surveyed, workers in India expressed the highest level of demand that employers keep them informed of building air quality and are willing to leave their jobs over less healthy conditions,” said Ashish Modi, President, Honeywell Building Technologies (HBT), Asia. “In a competitive labor market, demonstrating an effort to create a healthier work environment can be an advantage in attracting and retaining employees. Every rupee invested in upgrading workplace air quality, monitoring indoor air quality data and communicating it to employees is a rupee strategically spent,” he added.

Surveyed workers in India express a high desire to be kept informed, but they may not fully understand all the factors that contribute to IAQ. While over three-quarters (76%) of those surveyed have access to information about their building’s IAQ, nearly as many (73%) are unable to correctly identify all the factors that impact it such as temperature, humidity or CO2, making them the least knowledgeable across all six markets – even though they are the most likely to receive IAQ updates from their employer or building manager. 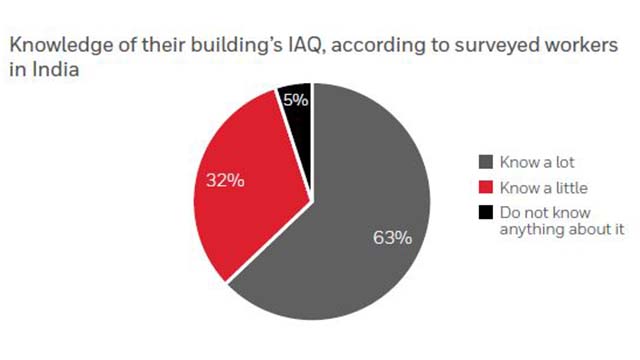 Nearly all office workers surveyed in India (96%) agree that the quality of air they breathe has a direct impact on their health and well-being, compared with 89% of global respondents. The top health benefits of safe IAQ they mention include:

Additional findings of note include:

The Honeywell survey was conducted by Wakefield Research (www.wakefieldresearch.com) among 3,000 workers in buildings of 500-plus workers in six markets – India, ASEAN, Germany, the Middle East, the United Kingdom and the United States of America – between December 17, 2021, and January 11, 2022, using an email invitation and an online form.

Results of any sample are subject to sampling variation. The magnitude of the variation is measurable and is affected by the number of interviews and the level of the percentages expressing the results. For the interviews conducted in this particular study, the chances are 95 in 100 that a survey result does not vary, plus or minus, by more than 4.4 percentage points from the result that would be obtained if interviews had been conducted with all persons in the universe represented by the sample.

India PC Market Pushed Past Four Million Units for the Third Consecutive Quarter in 1Q22, According to IDC