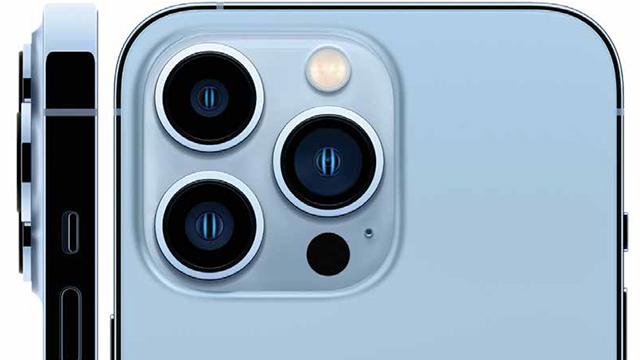 Apple was in the spotlight as it showcased not just the iPhones and Apple Watch this year, it also had few more tricks up its sleeves consumers for. Apple showcased its latest products for buyers in the market, by unveiling the new iPhone 13 series, Apple Watch Series 7, and a slew of iPad versions. As expected, there was a lot of excitement about the new iPhones, which is the case almost every year. Some reports hinted the company will ditch the number 13 in favour of 14, but those rumours can be put to rest.

Talking about the iPhones, the new 13 series also gets four models, which includes the iPhone 13 mini, iPhone 13, iPhone 13 Pro and the iPhone 13 Pro Max. The biggest highlight about the iPhones is that Apple is finally bringing 120Hz re[1]fresh rate ProMotion display but that is limited to the Pro versions. And you can now buy iPhone 13 Pro or the 13 Pro Max with up to a whopping 1TB storage. The prices of new iPhones start from Rs 79,900 and goes up to Rs 1,79,900 for buyers in India. Let’s take a closer look at the new iPhone 13 models, Apple Watch Series 7 with its new design and the all new iPad Mini along with the refreshed classic Apple iPad. 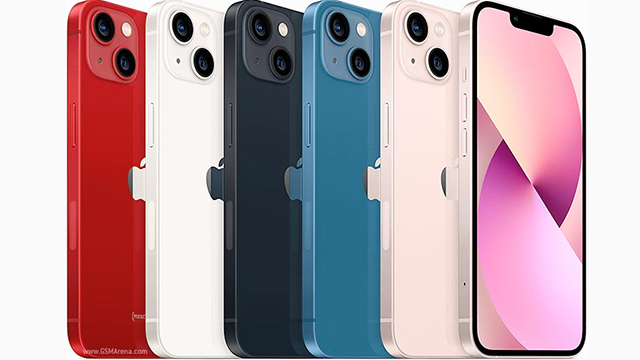 The mini and regular variants of iPhone 13 borrow most of its design language from the iPhone 12 series. And there is nothing wrong with that. The tweaks made by Apple this year make them refined. For instance, the size of the notch is smaller, which has meant change in the position of the front camera and speaker. The curves have been retained, but new colour additions brighten up the shelves for the consumers. Both the models sport comparatively smaller displays than the Pros with Mini and iPhone 13 getting a 5.4-inch and 6.1-inch Super Retina OLED display, respectively. But where they do match up with the Pros is the hardware.

Apple is using the new A15 Bionic chipset to power all the devices this year. And as per multiple product listings, the company is offering the Mini and iPhone 13 with 6GB RAM, coupled with up to 512GB storage options. Both the devices feature 12-megapixel dual rear camera system, with the ability to shoot ultrawide and macro images. Similarly, on the front they have a single 12-megapixel sensor for selfies, and Face ID unlocking. Still no sign of Touch ID on the new iPhones, so probably Apple is saving it up for next year.

The battery sizes have gone up, and that is likely to please most Apple fan boys. But you still have to content with 20W fast charging speed, which is rather odd for a phone costing as much as Rs 90,000 in the market. 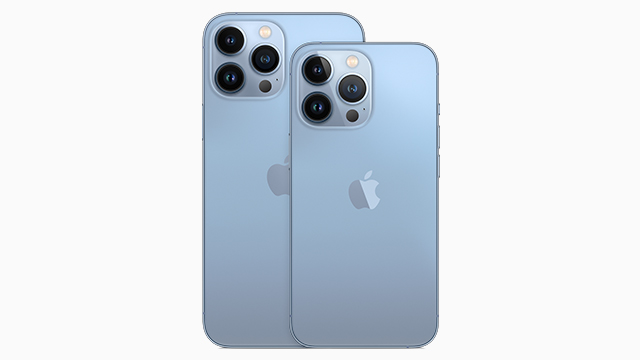 Moving on, you have the iPhone 13 Pro and the Pro Max in the market now. Both these device get a new set of features. The biggest highlight being the new 120Hz ProMotion display, making them the first iPhones in the history to support high refresh rate. It is hard to say how the change translates in the real world but Apple finally adopting the feature is a big win for the industry. The company is relying on multiple vendors for the LTPO technology, which promises adaptive refresh rate on the screen between 10Hz to 120Hz. The Pros also use the Apple A15 Bionic chipset, but you get them with 8GB RAM this year, and a whopping 1TB storage option, that has invariably pushed the price limit for the top-end model.

On the imaging front, the Pros get 12-megapixel triple rear camera system that again delivers telephoto, ultrawide and macro photography. The company has increased the size of the camera sensors, which it claims results in better low light images, and by the looks of it, Pixels might finally have a strong challenger. Last but not the least, the battery size changes make sure you’ll get decent backup out of them. However, like the other iPhone 13 models, the Pros also come with 20W fast charging support only, and then you have wireless charging at a similar pace. For a device costing over Rs 1.5 lakh, those figures sound underwhelming. 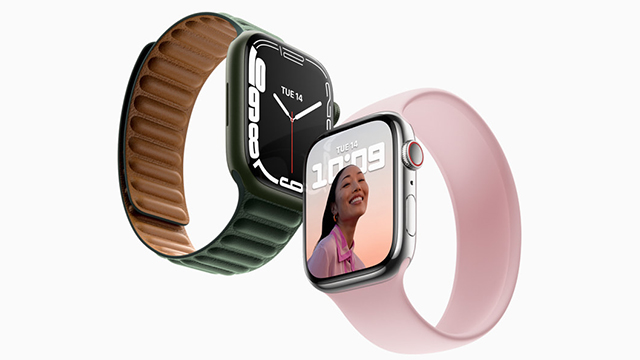 Apple Watch Series 7 gets a whole lot of changes, and most of them become clear when you see it. The display is now closer than ever to the edge, giving you that near bezel-less experience. Apple says it has reduced the size of the bezels by 40 percent, and to the naked eye, the difference is evident. Watch Series 7 comes in two variants; 41mm and 45mm this year.

The Watch still has a Digital Crown on the right, and an Electric Heart Rate sensor built into the device. In addition to that, Watch Series 7 comes equipped with heart rate sensor and SpO2 blood oxygen sensor. The latest feature addition to the wearable is the IPX6 rating which makes it water and dust resistant. This way, Watch Series 7 can handle water splashes, but still not equipped to go into the pool. Having a bigger display facilitates a full keyboard on the Watch Series 7 which makes it easy to reply back to messages from the watch. Apple has added USB Type C port for charging, which is one less charger to carry.

Hardware-wise, Apple has limited its feature upgrades. But with WatchOS 8, the company is going to roll out quite a few useful and health-centric options. The company showcased features like Fall detection for workouts like cycle and respiratory rate sensing, during the event presentation. The wearable is also going to have Pilates and Tai Chi as part of the Workout app. All in all, Apple wants to go deeper with fitness and health integrations with the Watch Series 7 this year. The smartwatch will be available later this year, when we’ll get more details about its prices in India. 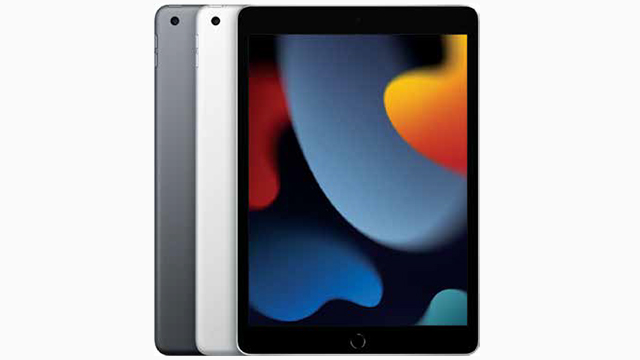 iPads are usually not part of the iPhone event, but this year Apple changed the tradition with not one but two iPads. The company unveiled the new iPad Mini 2021 which borrows its screen quality and de[1]sign from the latest iPad Air version. The 8.3-inch form factor gets Liquid Retina display which makes visuals pop-up from the screen. The bezels have marginally come down and instead of the Touch ID button below the screen; Apple has moved it to the top of the device, freeing the screen real estate.

The new Mini packs Apple A15 Bionic chipset which makes it 5G enabled and increases performance by up to 80 percent. The device get USB Type C port for charging, which is a refreshing change. The company has added new camera 12-megapixel module for better imaging and video calling sup[1]port. Apple claims even with the added power, iPad Mini 2021 offers all day battery life. But the changes and new features have bumped up the price tag of the iPad Mini 2021, which now starts at Rs 46,900 for the 64GB Wi-Fi only variant, and Rs 60,900 for the cellular model. iPad Mini gets bright colour options like pink, starlight, purple and space grey.

Apple also refreshed its regular 10- inch iPad with the A13 Bionic chipset, which also promises all-day battery life. The 10.2-inch display supports True Tone feature for improved visual quality and automatic adjustment of colour temperature. But most of the form factor of the 9th gen iPad is identical to its predecessor, which most likely ensures the older accessories will be compatible with this model as well. And it’s good to see Apple upgrade the base storage from 32GB to 64GB for both the iPads, going all the way up to 256GB. The incremental changes also include a new 12-megapixel front camera with Centre Stage capability. Get the 9th iPad with Wi-Fi and 64GB storage for Rs 30,900. While for the cellular variant the price starts from Rs 42,900.

The action-packed lineup from Apple comes to stores in the coming weeks, as the pre-orders have already started across the globe, including India this year.

Print using smartphones with the Xerox B215