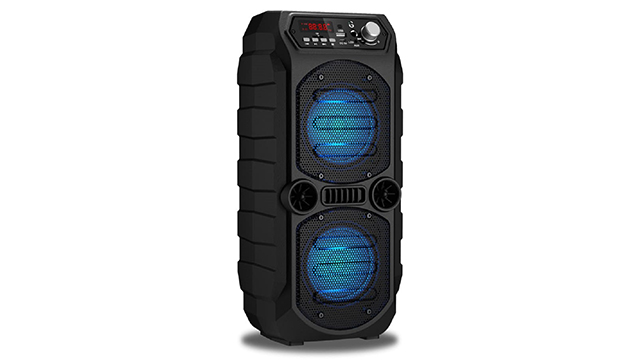 Throwing a party requires a lot of planning; but when it’s an instant party, there’s absolutely no time to plan. While the food and drinks can be called for using various food delivery apps, let iGear handle the music part for you. iGear, a well-known and highly renowned Indian brand for Gadgets and Smartphone Accessories in India, announces Dynamo — a powerful wireless party speaker system that is ready for action whenever you need it.

Excited about the new audio accessory announcement, iGear Co-founder Neha Sharma mentioned, “At iGear, we strongly believe in making technology work for you anywhere and anytime. With Dynamo, you can instantly plan a small party anywhere you want it to happen. Be it in your backyard, on the beach, on a field trip or in your car too. This little wonder is powerful enough and always ready to entertain you and your friends. Surprise your friends by magically popping out an iGear Dynamo from your backpack.”

Packed with two large 4-inch drivers and some funky LED Lights to create an awesome party environment, the iGear Dynamo is ready to party when you are. Dynamo is a small party speaker as compared to the large brothers out there, but is equally powerful to rock any party at the touch of a button. Owing to its small footprint, the iGear Dynamo can also be easily carried along anywhere. Slip it in your backpack, or throw it in your car boot – the Dynamo can be an entertainer at the beach, in a camp, in your garden or just about anywhere you can think of.

Featuring twin full-range drivers with 10 watts of pure power, the Dynamo can be an entertainer in any department. Be it music, movies, gaming or Karaoke. Two bass reflex ports are provided for extra thumps and deeper bass production. Additionally, lit by LED lights, the speakers produce a cool light effect to set the party mood.

Powered by the latest Bluetooth V5.0, the iGear Dynamo can instantaneously pair with the source the moment it turns on. Additionally, BT v5.0 also allows for distortion-free connectivity over a longer range along with better power efficiency. The Dynamo is equipped with an LED Display panel and an analog volume dial for easy access, apart from also being controlled using its fully-featured IR remote.

The iGear Dynamo can be a great entertainer for the entire family, age no bar. Featuring additional connectivity options such as Aux, USB, TF/SD Card and Mic, you can convert it into a soundbar for your TV or use it for a Karaoke night with any compatible wired microphone. And there’s an FM Radio built right in to keep you entertained by your favorite RJs too.

The iGear Dynamo will be available at an MRP of Rs 1850 on Amazon.in, igear.asia and Croma.com, with a 1-year warranty period.