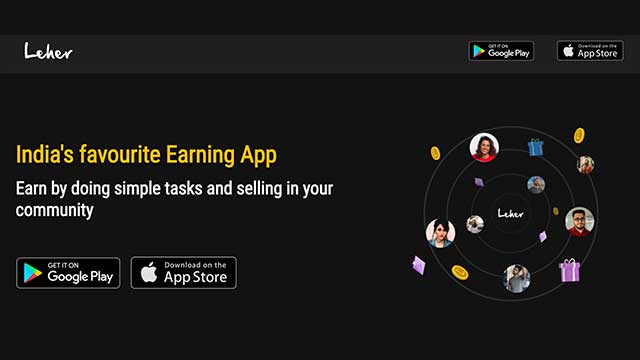 Leher has now made a dynamic shift towards social distribution and has raked in an impressive feat of 2 million downloads. The good news comes along with a rise in daily average users (DAU) up to one lakh who visit the platform for its social viability.

Elaborating on this shift, Vikas Malpani, Founder, Leher, states, “Today there are 467 million Indians who are active social media users and spend 2 hours on an average on these platforms. The pivot was made keeping in mind the enormity of this opportunity where the youth of Bharat can use this time doing what they like (browsing social media) and earn money on the side! We hope to bring more dynamism to social live commerce via Leher in the coming months”.

The shift from audio-video social to social live commerce is a welcoming change, especially for the youth in the tier-2 and tier-3 cities who are leveraging social media on a daily basis. The pivot will be a substantial boost to these young social media users who will appreciate new opportunities to earn extra money on the side.

Leher’s new motion has established the brand’s presence as a curator of the micro-gig economy that is easy to access for growing digital entrepreneurs.

From its journey from $0 CAC to 125x growth in returning users and finally a 100x growth in Daily Average Users, Leher has climbed the ranks to become a one-stop destination for young digitally savvy social media users with a potential to earn substantially.

Recently the brand witnessed its first million MAUs (monthly average users). The propel further encouraged the brand to continue its efforts in building a secure micro-gig ecosystem for its young users.