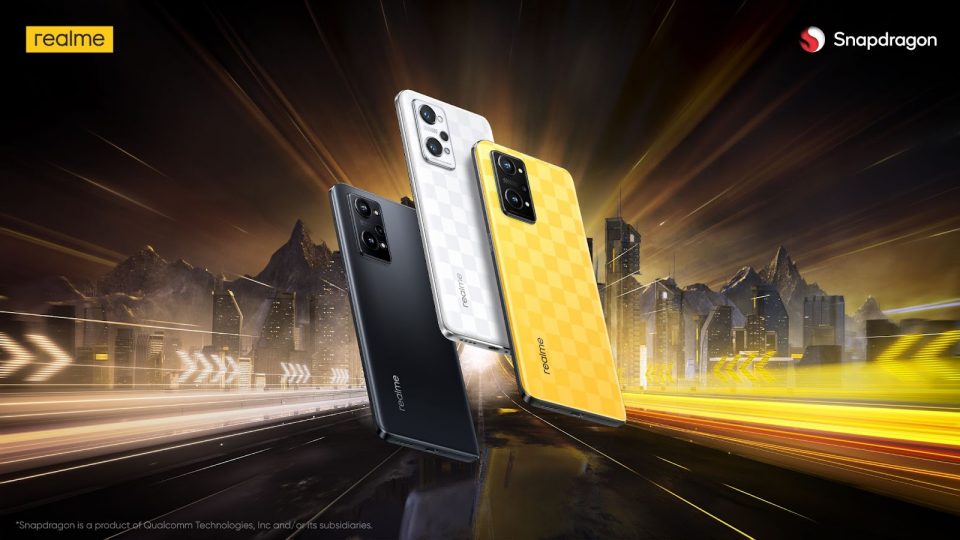 realme, the world’s fastest-growing smartphone brand, today unveiled the newest addition to its GT series, the realme GT NEO 3T. Offering peak performance with an 80W SuperDart Charge, the realme GT NEO 3T  is one of the fastest-charging smartphones in its price segment coupled with the most reputed chipset in the industry, Qualcomm Snapdragon 870. It sports an exclusive racing flag design and reiterates realme’s efforts in bringing products with the best-in-class technology and trendy designs.

Commenting on the occasion of the launch, Mr Madhav Sheth, CEO, realme India, VP, realme and President, realme International Business Group said “As the world’s fastest-growing smartphone brand, our goal is to provide our users with the best-in-class solutions. With the arrival of the realme GT NEO 3T, we are expanding our GT series and offering the greatest CPU and cutting-edge technologies to our customers. With its technological innovation and elegant design, the new smartphone will provide powerful performance and a solid experience that meets the demands of heavy users. The exclusive racing flag design on the realme GT NEO 3T has been conceptualized by realme’s Design Studio in partnership with our Design Studio designers in India. We have recently launched the realme Design Studio in India and are confident that we will be able to further leverage our expertise of bringing the perfect amalgamation of technology and design.”

realme GT NEO 3T is one of the Fastest Charging smartphones in the price segment with 80W SuperDart charge technology. It houses a massive 5000 mAh battery which adopts a dual-cell series structure, enabling the battery to get charged to 50% capacity in just 12 minutes while reducing the decline in effective battery capacity and ensuring the phone’s longevity after long-term use. The realme GT NEO 3T is powered by the Qualcomm Snapdragon 870 5G flagship processor, which comes with Kryo 585 CPU and Adreno 650 GPU.  Ensuring faster internet access, the realme GT NEO 3T comes with 5G and WiFi 6 support. With the realme GT NEO 3T, realme has also come up with its largest stainless steel VC for the very first time. It packs in a 120Hz E4 AMOLED display with a 92.6% screen-to-body ratio along with a design inspired by racing flags in motorsports, representing sprint and victory. The realme GT NEO 3T also houses a 64MP main camera, making pictures clearer and brighter along with a 16MP  front camera with preset dramatic filter, super nightscape mode and street photography mode. It will also be receiving the Android 13 update in October 2022.

*Product Images of the realme GT NEO 3T can be viewed/downloaded here – https://bit.ly/3deHXp

Trendsetting Design: The design of the realme GT NEO 3T is inspired by racing flags in motorsports and signifies sprint and victory. The realme GT NEO 3T has been designed by realme Design Studio and designers from India participated in the process of curating the exclusive racing flag design.

64MP main Camera: The 64 MP primary camera is complemented with a 119° Ultra Wide Lens and a 4cm Macro Lens. The custom Street Photography mode is built from the ground up with features like DIS technology along with a preset dramatic filter.