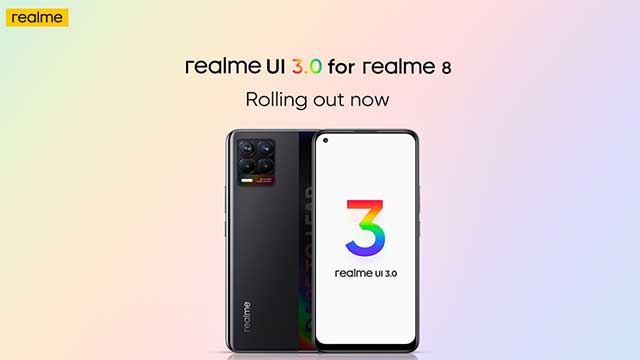 The update also reaffirms realme’s commitment to providing regular and timely updates to its devices. And continuing the trend realme 8  released the realme UI 3.0 stable version update and realme 8i is fetching the March early access update and applications will be accepted in batches beginning today. The update is going to be available for a limited set of users initially.

realme UI 3.0 will stay true to the product’s inspiration of seamless fun while also improving functionality, fluency, customizability, security, and privacy, all of which are important to young users. realme UI 3.0 based on Android 12 brings unlimited customization options to meet Gen Z’s rich imagination and creativity. It introduces a refreshing look with Fluid Space Design and Sketchpad AOD, new features to help protect your privacy, and improvements across the entire system to make your realme smartphone experience faster, fluid and fun. realme UI 3.0 comes with next-gen features that easily let users switch between their realme Book and realme Smartphone and take productivity to the next level seamlessly.

Top 5 apps that can make you a Digital Influencer