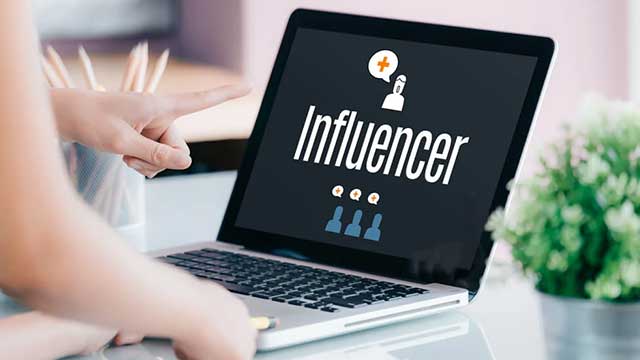 A decade ago, celebrities and influencers were your run-of-the-mill movie stars and sports personalities, but that isn’t the case anymore. Today, social media rules the world and has the power to transform your average joe into an influencer. It has provided the world with a megaphone to give and receive recommendations, opinions, and a lot more. Today, anyone has the power to cultivate a following as long as they are good at what they do. Take, for example, Prajakta Kohli, aka mostlysane, Ranveer Alhabadia aka beerbiceps & Bhuvan Bam, who we all know for his amazing comedy videos BB ki Vines. They all have achieved so much fame as digital creators that they can be considered on par with Bollywood celebrities and Cricket stars in terms of their influence. But of course, they all had their struggle and worked hard for all of it.

Social media apps have opened many opportunities for the young generation. People are hopping on every app to get as many likes & followers they can get for their content to build a strong online presence.

It is hard to imagine that the word influencer didn’t even exist in the dictionary before 2019. So fast has been the industry’s growth that today it is a multi-billion dollar opportunity with a chance for any and all to make a name for themselves. Influencer as a profession holds a strong future as there is a surge in demand for brand endorsements, Advertising & collaborations. Indian youth has been very active on all the social media apps since they all have a huge user base in India.

If you’re also planning to become an online influencer and make a career out of what you love to do, we have listed down the top 5 apps that are yet not crowded and have immense potential to make you an Online Influencer:

1. Eloelo – Eloelo has become the latest hub for creators and Influencers who have the knack for socializing with their fans. The app offers some very unique features that set it apart from others on the list. Eloelo combines Live streaming with Social games that are very local to India, such as Tambola, Tol Mol Ke Bol, Dumbcharades, Antakshari, etc. All the live sessions on the app are in local Indian languages, and creators host from the comfort of their homes, recreating a TV-like experience digitally for their fans & followers. The app hosts more than 50,000 + live streams every month with a daily engagement time of 30 mins per user. The app recently crossed 3 million users within a span of a year, making the homegrown app one of the most popular ones amongst Indian youth.

Creators on Eloelo earn through their live-streaming sessions where they interact with their viewers and followers by hosting local Indian games, which helps them generate Elo coins, which later can be converted into real money. Creators need to level up their accounts by streaming daily and slowly building a community in order to generate revenue from their stream. Creators on Eloelo generate an income starting from Rs. 3000 every month via virtual gifts sent by their fans.

2. Instagram – Instagram is the most popular app globally, with over 6 billion people using it on a daily basis. In the past 2 years, Instagram has introduced a lot of features such as Reels, Insta TV, and Insta Live. The Live streaming feature has achieved great response from the people, making it a go-to place for audience interactions for digital creators, influencers, and celebrities. It offers a multi-window feature too, where a group of people can interact live in front of a live audience.

Instagram is one of the leading apps in the World and a great source to reach out to people and unexplored opportunities.

3. Chingari – Chingari is based on a similar business model to the very popular TikTok, where it lets you post short videos. The format of the video could be anything depending upon the creator, such as cooking, fashion, motivation, Anime, etc. Chingari came into existence in 2018 but gained popularity in 2020 due to the Covid-19 pandemic, and people had a lot of time in their hands for exploring and entertainment. A lot of the young generation has developed new interests after coming on these platforms. The creation of content has helped people to think out of the box and go beyond expectations.

4. MX TakaTak – MX Takatak is also in the race of social apps. It allows you to share short videos of dancing, art & crafts, and other interesting categories. Recently ShareChat’s Moj merged with MX TakaTak to fill the void caused by TikTok. The young generation is increasing in all of the apps to make their dreams of becoming an influencer true. MX TakaTak offers all the latest features, and the popularity it has gained in the recent 1 year shows the promising growth of the app.

5. Josh – Another app in the same category is Josh. It is a completely homegrown app made and developed in India by the company Ver Se innovation private limited. The app is owned by Dailyhunt, an Indian content curation platform. Josh lets users create short-duration videos in which creators can do various things. Covid 19 pandemic helped a lot of platforms to gain popularity as the majority of people were scrolling through phones and exploring apps where they could create content and engage with people. Josh has wide popularity in India, and it lets you build a community of people who can help you become a GenZ influencer. 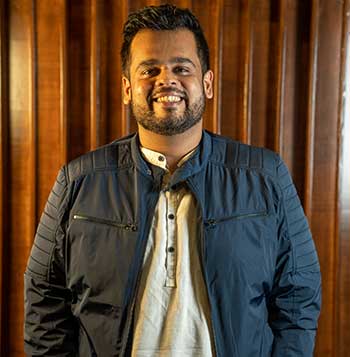 Saurabh is the founder and CEO of Eloelo, a Bangalore-based Creator-led social gaming & live streaming platform that recently was chosen as one of the 16 homegrown startups out of 700 applications for Google for Startups Accelerator (GFSA). With a demonstrated ability to build & scale businesses from the ground up and drive results in a fast-paced environment, Sourabh co-founded Eloelo in 2020 with Akshay Dubey, who is also the COO of the company. EloElo uses first-of-its-kind technology to embed indigenous games inside a live video chat room, thus making it stand apart from other live streaming platforms. Saurabh is also an avid Content creator and has performed stand-up comedy sets at open mic nights for his and others’ entertainment.