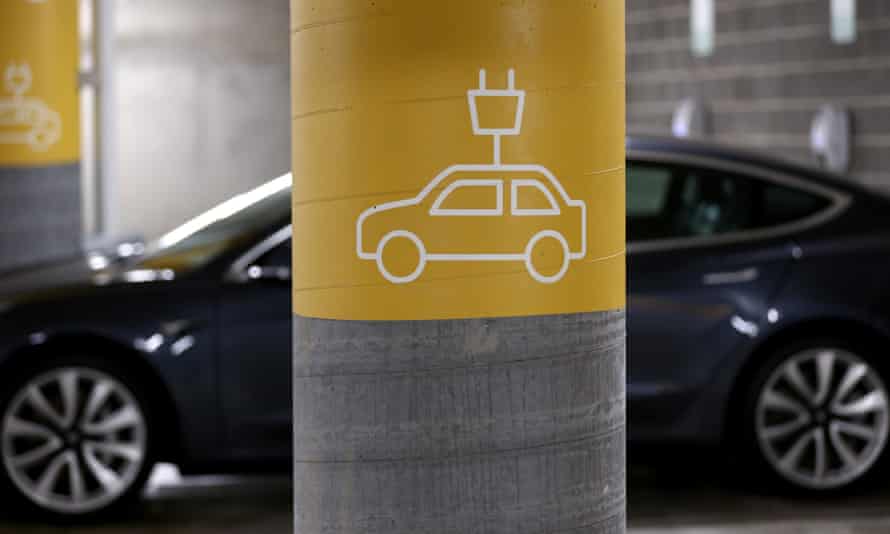 The government launched the Go Electric campaign in the start of 2021 to encourage the adoption of electric mobility vehicles and electric cooking appliances and to ensure energy security in the country. Road Transport and Highways Minister Nitin Gadkari launched the campaign, saying Go Electric is a future for India that will promote low-cost, environmentally friendly and indigenous electrical products. He expressed concern about the huge cost of importing fossil fuels and said CO2 emissions from transportation vehicles are a major challenge. The country must encourage the use of vehicles that run on alternative fuels such as electric batteries, CNG and biofuels

The electric vehicle industry in India is a growing industry. The central and state governments have launched schemes and incentives to promote electric mobility in the country and some regulations and standards are also in place. While the country stands to benefit in a large way by switching its transport from IC engines to electric motor-powered, there are challenges like lack of charging infrastructure, high initial cost and lack of electricity produced from renewable energy. Still, e-commerce companies, car manufacturers, app-based transportation network companies and mobility solution providers have entered the sector and are slowly building up electric car capacity and visibility.

The National Electric Mobility Mission Plan, 2020 was launched by the Government of India in year 2012 with the aim of improving the national fuel security through the promotion of hybrid and electric vehicles. Auto industry contributes 22% to the manufacturing GDP. From the help of new Manufacturing Policy, contribution of manufacturing in overall economy will increase to 25% by year 2022

The Government started Faster Adoption and Manufacturing of Hybrid and Electric vehicles (FAME) scheme which provides incentives for purchasing electric vehicles. Phase I of the scheme lasted from 2015 to 2019, while Phase II began in 2019 and is planned to be completed in 2022.

Government is releasing tenders to increase charging infrastructure in the country. The scheme offers incentives to the electric and hybrid vehicles ranging from Rs.1,800 to Rs.29,000 for scooters and motorcycles and Rs.1.38 Lac for cars. FAME is a part of National Electric Mobility Mission Plan by Government of India. 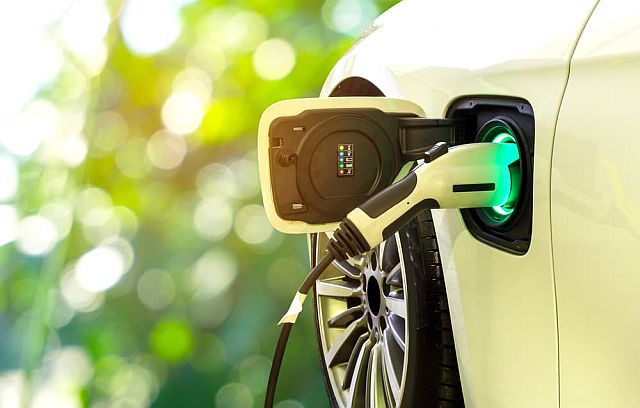 The charging infrastructure for electric vehicles in India has not been fully developed yet. For more details, see the section ‘Charging Infrastructure’ below.

The cost of EVs is very high mainly due to the cost of Li-ion cells. The battery packs are imported and cost a lot, about $275/KWh in India. This combined with the GST of 28% and the lack of lithium in India, further increase the cost of batteries. Most EVs in India provide a range of 110 km and cost between Rs 6-8 lakhs which does not give a cost advantage compared to higher range cars in the same price range.

In India electricity is mainly produced by burning coal, which produces a great amount of greenhouse emissions. With the introduction of EVs and charging infrastructure, the electricity demand will go up a lot and the whole point of introducing EVs to reduce GHG emissions would be ineffective, if all this electricity was produced by burning coal. Moreover, India’s Distribution companies hold debts and are unable to suffice the energy requirement of the whole country adequately. If EVs were to enter this equation, the sudden increase in electricity requirement would put extra load on these companies. Moreover, there are a lot of factors that would go into deciding pricing of the electricity as well the demand on the grid.

The Government of India has declared public charging stations and EV charging businesses as a de-licensed activity. The government has laid down that there should be at least one charging station in a grid of 3 km x 3 km in cities and one station every 25 km on both sides of highways. This coverage is to be achieved in cities with a population of more than 4 million and all existing expressways and important highways connected to these mega cities by 2022. The second phase (3 to 5 years) will cover big cities like state capitals and UT headquarters. There have been initiatives to set up community charging stations, as in the case of Plugin India facilitated charging stations. News reports have indicated about plans to provide solar-powered charging points at the existing fuel stations of the country. There are companies like Tata Power, Fortum and others which are engaged in the business of electric vehicle charging. They have already installed all varieties of chargers – rapid DC chargers and level 2 AC chargers for all kinds of applications – public access, workplace charging, fleet charging, residential communities, malls, highways etc and have large plans to scale up.

Charging infrastructure, mainly setting up of level 2 charging at public level shall be the toughest challenge in terms of service integration for India. For normal charging, the charging time poses a serious problem as it ranges from 6 to 8 hours whereas for fast DC charging; cost & high renewable energy are the biggest factors which could pose a problem. It is also assumed that 10% of the charging infrastructure required in India shall be composed of fast charging station and rest 90% shall come from level 2 public charging setups. On 22 May 2018 Ather Energy launched its charging infrastructure service in Bangalore called Ather Grid, with each charging station called ‘Point’. The service is open to all electric vehicles but has been deployed where Ather plans to launch its own electric scooter. 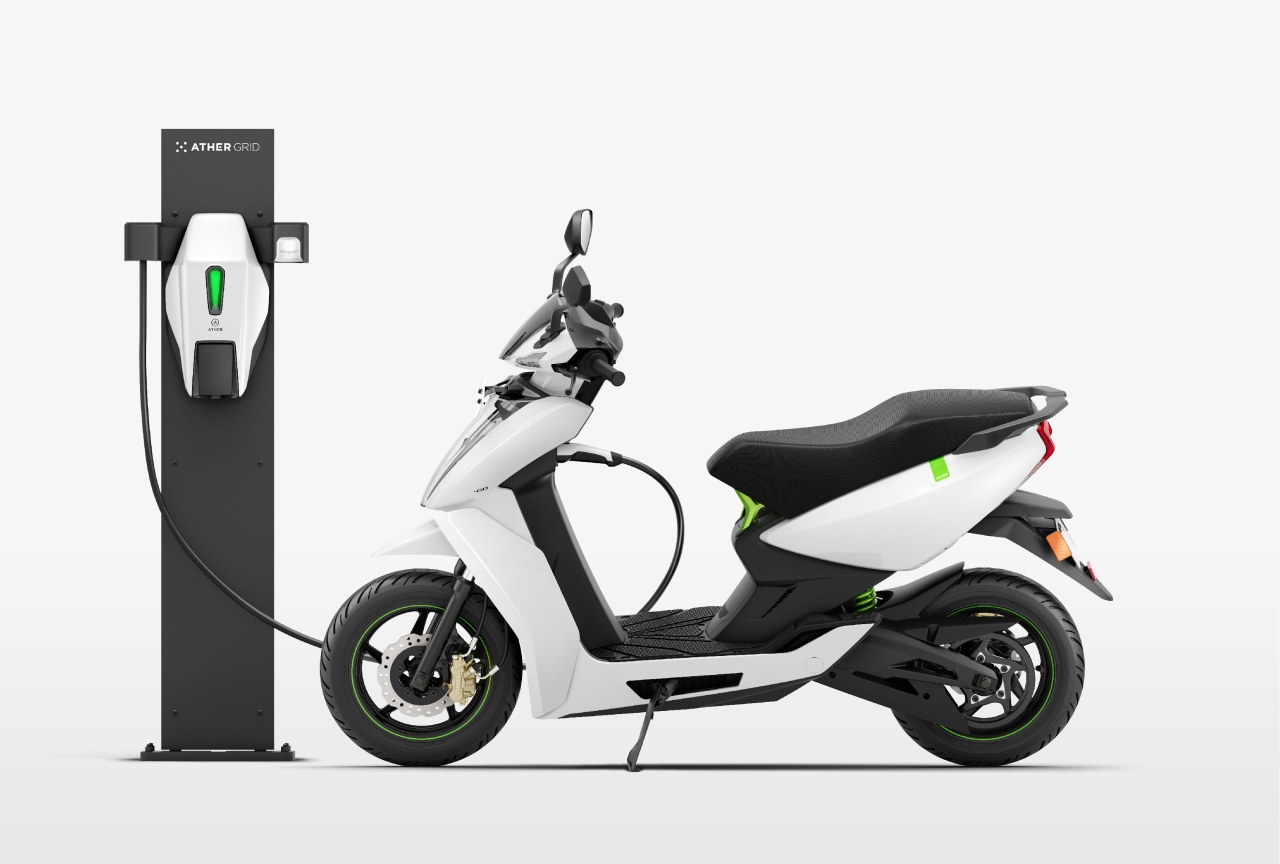 The future of e-mobility in India lies in building robust charging infrastructure and increased participation by automakers. However, the problems of the availability, cost of space, electricity, infrastructure &amp; developing a large-scale charge point network in Indian environment is a challenging task. This has been made possible by BattRE, a tech driven EV startup, which has launched innovative low-cost RE:charge stations powered by RevOS which will disrupt the entire EV charging ecosystem.

Aiming to be a low-cost charging solution, RE:charge Stations are also a boon for people for an additional income.

Thus, setting up a charging station can be a new income source which can be installed anywhere like Home, Office, Kirana Shop etc. The RE:charge station owners would receive the payment directly through UPI. 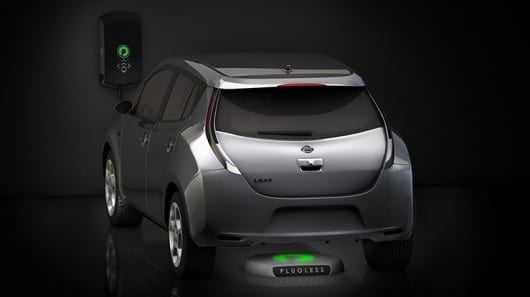 An increase in electric vehicles (EVs) sales is expected to drive the growth of the wireless EV charging market size. EVs deliver many benefits, such as reduced consumption of fuel (petrol, diesel, and gas) and reduced tailpipe emissions, which are dramatically increasing demand worldwide. This, in turn, is expected to increase the need for wireless charging for electric vehicles during the forecast period.

Furthermore, the wireless EV charger market size is expected to witness significant growth due to the rising technology adoption in the developed countries. The current plug-in charging stations take longer charging hours. Thus the wireless electric vehicle chargers on-the-go will appeal to the need. In European countries, home installation is the most lucrative segment.  Wireless charging has broad implications for both automobiles and commercial fleets, thus fostering the growth of wireless electric vehicle charging market size.

Compared to conventional plug-in chargers, slower charging rates and costlier technology integration serve as the wireless electric vehicle charging market’s primary constraints. The technology is more costly, as drive electronics and coils are required for inductive charging in both devices and chargers, thereby raising the complexity and cost of production. However, developments in technology are expected to minimize transfer losses and increase charging speed.

The BEV segment is expected to hold the largest wireless electric vehicle charging market share during the forecast period.

Wireless charging is now available in BEV models such as Tesla Model S, BMW i3, and Nissan Leaf. OEMs are concentrating on BEVs due to strict government regulations to curb increasing pollution. It is expected that rising BEV revenues and government funding would drive the overall demand.

Based on installation type the home segment is expected to be the most lucrative segment.

As the adoption of EV increase in the country, the installation of wireless EV charging stations is also expected to increase in each household.

Based on the distribution channel the OEM segment is projected as the most lucrative segment.

OEMs are concentrating on BEVs to curb increasing pollution due to strict government regulations. It is expected that rising BEV revenues and government funding would drive the overall demand.

Europe is expected to account for the largest wireless electric vehicle charging market share based on region during the forecast period.

This Raksha Bandhan Gift your siblings the goodness of Best Gadgets