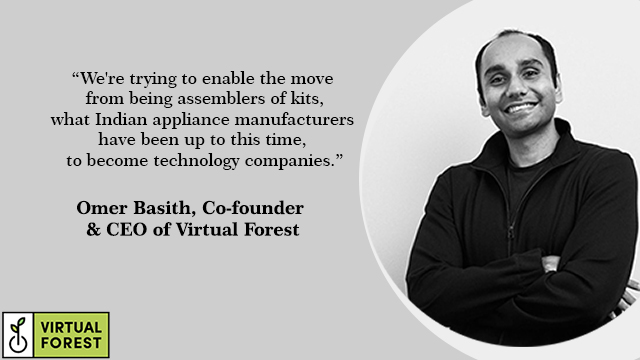 According to estimates by IBEF, the Indian electronics manufacturing industry is projected to reach USD 520 billion by 2025. Witnessing a sustained spike over the last few years, which has largely been driven by aspiration and disposable income amongst the youth, the country is poised to become the fifth-largest consumer of electronic products by 2025. Cognizant of the electronics manufacturing sector’s potential to contribute to the Indian economy, the government too has launched initiatives to boost domestic manufacturing and encourage entrepreneurship in this sector. Even the market for electric vehicles – touted as the future of mobility – is estimated to reach USD 7 billion by 2025. This automotive segment is fast becoming mainstream in India with many disruptive entrants launching innovative products that are changing urban commutes. Wish rising demands for consumer electronics and electric vehicles (EVs), there’s a huge opportunity for the Indian manufacturers to drive the government’s Make in India initiative with domestic manufacturing. However, there lies a major challenge that disrupts the supply chain for domestic manufacturing as India depends on imports of critical electronic components.

The electronics system design and manufacturing (ESDM) industry plays a vital role by supplying larger manufacturing companies with semiconductor designs and electronic components. Such low-tech finished products become a critical assembled part of larger appliances or consumer electronics. Since the Indian companies have not ventured and invested in this specialized industry, they are forced to depend on imported modular subsystems. As a result, India has become an importer of electronics rather than a domestic manufacturing hub. One company that is turning the tide of India’s electronics import dependency is Virtual Forest.

Established in 2019, Virtual Forest is one of India’s fastest-growing ESDM startups that is bringing innovative green technologies for the Indian appliance ecosystem and EV industry. With specialization in motor control and human interface electronics, Virtual Forest has become a preferred ODM partner for many established brands in home appliances and consumer electronics.

DeviceNext had the opportunity to interact with Omer Basith, Co-founder & CEO of Virtual Forest regarding the Indian ESDM industry and opportunities in the rising EV segment. Here’s an extract from the interaction.

Share some light into Virtual Forest as an ESDM player, and what are your focus areas.

My co-founders and I, after having worked in the industry for more than two decades wanted to do something new, where apart from just general business objectives we would be able to impact a more meaningful area. That’s why we made it part of our mission to only work on technologies that will eventually help reduce emissions. And that’s also the story behind our name Virtual Forest. We create devices that are helping reduce emissions, similar to sequestering carbon dioxide, and by having more and more devices out in the field, we are building a “virtual forest”.

We have created a platform that enables IP development, i.e. electronic design as well as manufacturing. It gives customers an end-to-end project management solution from the design requirements to the actual product design to the integration with customer products and finally, taking that product to the manufacturing stage and delivering the finished product to the customer. India has been extremely dependent on electronic imports, electronics are now our second largest import after oil. So, if you take air conditioning, which is one of the large appliance areas, the electronics for air conditioners until I would say this year, were over 90-92% imported. It’s only very recently that, companies like us and others have started assembling a little bit in India. Our focus is on developing technologies that will help reduce emissions and also help us reduce our dependence on imports. So the specific area of attention that we have started doing work on, to begin with, is motor control and human interface electronics.

As you mentioned, electronics are majorly imported in India, so how is Virtual Forest helping in the government’s Make in India initiative to boost domestic manufacturing of consumer electronics in India.

As I was mentioning earlier, all the ingredients for electronics manufacturing are already in India. We have the customers and we have the manufacturing capability for consumer electronics and appliances. While that manufacturing capability needs to expand, it will as there is an increasing demand for it. We also have a supply chain in place but still, electronics are not being made in India. Well, one of the key reasons for that is a complete lack of IP. There is no local or at least there is very little local design, which is reaching commercial manufacturing. And that’s been one of the areas that we’ve been able to impact. We are giving local manufacturers the same technological solutions that they get from imports added with local integration support capability and giving them control of their technology roadmap. I mean, whatever they are importing from China, everyone is importing the same thing, and everyone’s selling functionally the same product. All of these things are now changing. So for the manufacturers of consumer electronic goods, we’re trying to enable the move from being assemblers of kits, essentially, what Indian appliance manufacturers have been up to this time to become technology companies. And we’re enabling that by providing the R&D capability in electronics.

What are motor control and human interface technology? And how you are pioneering in your labs specifically for the EV segment.

We make the motor controller which is one of the major parts of the drivetrain of an EV. So we decided to start our work in the EV segment catering to a couple of applications, specifically two-wheeler and 3-wheeler logistics applications. We have motor controllers that will be able to cater to very small motors such as 250 Watt motors. It is typically for the kind of vehicles that don’t require registration and have a top speed of maybe 40 kilometres. And starting from there to all the way up to two-wheelers that have 5.5-kilowatt motors having top speeds of 120-130 kilometres an hour. We believe these applications will be the first to see mass adoption in India.

What are the technology trends that the electronics and EV industries are witnessing? What are the opportunities in this segment?

In terms of consumer electronics, sadly, in my opinion, are not going to see any major improvements. I mean, of course, maybe at the higher end we will certainly see improvements in things like VR hardware and the growth of the metaverse. But if you talk about regular home appliances, unfortunately, the chip shortages do mean that people are going to be a little bit slow to innovate this year.